Alma's latest is out


Fellow author, fellow blogger and friend in meat- and cyberspace, Alma Boykin, has just released her latest novel.  It's the first in a new Young Adult series, which I think is seriously good news.  There aren't enough good YA series out there, and Alma's very well qualified to write a better one than most other authors.

Her new book is called 'Shikari'.  The cover was designed by Cedar Sanderson, who also did the cover of my new fantasy novel. 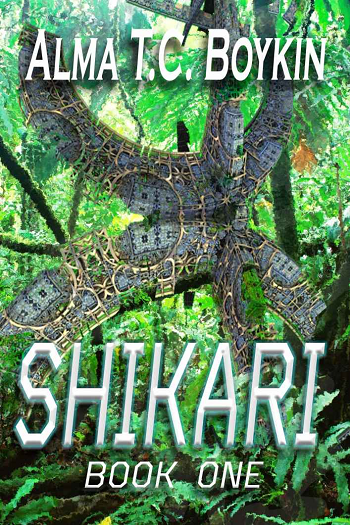 Shikhari, the most-distant human colony world, home to the Staré and Auriga "Rigi" Bernardi. While on school holiday, Rigi and her cousin Tomás Prananda discover a ruined city hidden in the forest. Their find strikes a spark that threatens to upend everything humans think they know about Shikhari's past, and about the native Staré.

Meanwhile, back in school, Rigi's determination to do well collides with the nastiest bully on the planet, Benin Shang Petrason. His father has the faculty and administrators under his thumb, allowing Benin to run rampant. If that wasn't enough, Rigi's big sister has discovered boys. If it weren't for Martinus, Rigi's new m-dog, Tomás, and their eccentric Uncle Ebenezer, Rigi wouldn't know what to do.

But someone believes that Rigi and Tomás's find is too dangerous to report. And that someone threatens the children, their families, and their uncle. That someone has just met their match.


The title is an Urdu word, often used to describe a professional hunter or guide in India or Pakistan.  I'm familiar with it through the writings of famous hunters such as Peter Capstick (whom I met in South Africa prior to his untimely death), and through works on or about India from famous authors such as Rudyard Kipling.  It's nice to encounter it again.

I just got it for my kindle. I fear this is gonna destroy my sleep as bad ad a new Peter Grant book. Speaking of which, what is your next work, My Liege?

My next will be the sixth book in the Maxwell Saga. Look for it in November.

Just to pick a nit: shikari is probably of Persian origin, borrowed by Arabic, Hindi, and Urdu, secondarily borrowed from Hindi/Urdu by English and (probably) from Arabic into Swahili. The caveats are (a) because the triliteral structure makes me wonder if it wasn't actually an Arabic word borrowed into Persion and (b) since the coast of East Africa has been visited by speakers of Arabic, Farsi, and Hindi/Urdu, it's hard to say definitively which language contributed shikari to Swahili.

This is what you get for allowing people who are OCD about language to hang out here.

Anyway, Alma's new book looks inviting not only to YA readers but also to this OF (Old Fart) reader.