There are plenty of developments to report. 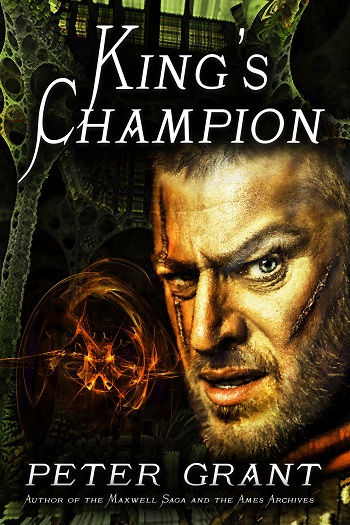 The book has been moderately successful.  It's my first foray into the fantasy genre, so I'm pleased it's done so well.  I'll try a couple more in the genre over the next year or two, and see if I can carve out a niche for myself there, as I've done in military science fiction novels.  The reviews of my first fantasy novel have been very favorable, with twelve 5-star, eight 4-star and one 3-star at the time of writing, which is very gratifying.  Here's one of my favorites:

I wish I had the skills to write the review this book deserves.

This novel fires at all levels. When I read Fantasy this book achieves what I desire most. I was amazed in what a rather short book by Fantasy standards achieved. Totally engaging plot and characters. It sweats the small stuff such as logistics without being boring. There is wisdom throughout and virtue is a dominant theme. There is redemption and sacrifice. So much to love.

Previously I had read only his two Westerns, a genre I don't normally read, and was impressed. This simply blew me away. I had never considered some of the commonalities before between Westerns and Fantasy, but I see this better now.

This is a great book which I will certainly re-read.


A review like that makes any author smile!  As for commonalities between the western and fantasy genres, yes, they're certainly there;  also between westerns and science fiction.  After all, the space opera sub-genre of SF (for example, in books, David Drake's RCN series, or the TV series "Firefly" and its movie spin-off "Serenity") has been described as "Westerns with rayguns and spaceships"!  That seems appropriate to me.

This weekend marks the fourth annual Labor Day weekend book sale from the authors at Mad Genius Club (including yours truly).  There are some great books on sale this weekend at reduced prices, so if you're looking for reading matter, this is a great time to browse the selections there.  As part of the sale, I'm offering my first science fiction novel, "Take The Star Road", at just 99c for the Kindle edition this weekend.  Here's what its new cover will look like, within a week or two, as Castalia House takes over the print edition (I'll be retaining rights to the e-book edition). 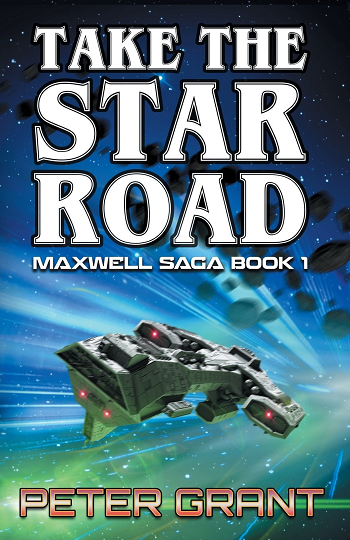 You'll see new covers appear in my blog sidebar, and on Amazon.com, for all of my Maxwell Saga series, as Castalia updates the print editions and I update the e-book editions to match.  I like what their cover artist has done, and I think you will, too.

I'll have a new book release announcement on Tuesday, September 5th, an anthology from a major publisher in which one of my stories appears.  I'm currently working on another story for a different anthology from the same publisher, and discussing a possible joint novel with one of their big-name authors as well.  I've already started work on the sixth volume of the Maxwell Saga, which I hope to publish in a couple of months' time;  and then it'll be the third and final volume of the Laredo War trilogy, for publication by Castalia House early next year.  There's no peace for the wicked, or for this author!

I'd appreciate your input on another matter.  I'm considering publishing more short fiction, either as stand-alone short stories (that might later be gathered into a collection), or as rewards for subscribers in a Patreon-type supporter network.  Would you be interested in reading such work?  I'm thinking about one every month, if I can get that right, as a supplement to my longer books.  I'd like to hear your views on that.  Please let me know in Comments to this post.

Finally, I'd like to appeal to all my readers.  If you've read any of my books, please leave an honest review of it/them on Amazon.com.  Reviews are the lifeblood of independent authors such as myself.  We rely on them to inform other potential readers, and help them decide whether or not to risk their entertainment dollars on our work.

Thank you all very much for your feedback and support!

Labels: Books, Business and Commerce, Entertainment, Me me me, Men At Work, Thank You
Email ThisBlogThis!Share to TwitterShare to FacebookShare to Pinterest

I'm willing to read anything you care to send my way, but then you probably know that already. :)

I like the new cover, though I liked the old one as well. The ship on the new cover reminds me of the Daedalus from Stargate SG-1 - the general shape, proportions, and massing are similar but it is clearly no copy. Ever major hull section is shaped somewhat different and all of the details differ.

Finally managed to have enough time to read Kings Champion. Just left a 5 star review, along with a few comments.