An unusual thriller with some intriguing twists 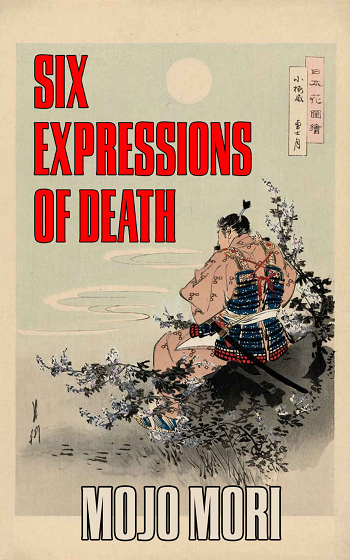 I don't particularly enjoy most thrillers or suspense novels.  I find most of them wanting in one or more aspects, failing to hold my attention.  This one is different.  It's set in samurai-era Japan, and offers a fascinating insight into that culture in the guise of a murder mystery.  Added to that is an element of the mystical and spiritual, a supernatural twist to the classic whodunnit genre.

When an unknown man is shot, then stabbed to death on the road between Morijuku and the village of Iwagi, it is natural to assume that he fell victim to bandits preying on travelers passing through the Kiso Mountains. But when Daikawa Tadashi, a samurai from a poor, but ancient noble house, encounters the body, he realizes that there is likely more to the tale than a simple robbery.

And when Tadashi's attempt to dutifully report the murder to one of his daimyo's lieutenants unexpectedly results in a second murder, he finds himself, and worse, his lover, ensnared in a dangerous web of deceit and death. For clan war looms over the mountains, the Tiger of Kai, the lord of the Takeda, is on the prowl, and shinobi stalk the shadows of the night.


I don't normally post reviews of books whose authors I don't know, or with whom I don't have contact;  but "Six Expressions of Death" has impressed me enough that I'm going to recommend it very highly to my readers.  I think it's an excellent first novel, and I'm looking forward to more from this author.

Peter, thanks for the book recommendation. I bought it, read it and reviewed it. It's a good story, and I got a kick out of its being placed in the same prefecture my son and his family live in and which I've visited a couple times.

Like a lot of books I buy on Kindle, yours being the pleasant exception, it needs some proofreading. Extra words and fragmentary or broken sentences drive me nuts. I can usually figure out what the author meant to say, but why should I have to?

The worst case of this common problem was a Minivandian book. When I queried the author about some really strange repeated words, he told me he had done a global search and replace in response to another reader. It was clear he didn't read the text after making the correction. Gah!