(NSFW) No way that was an accident!


Australians have always been noted for a robust sense of humor.  It's come to the fore again in a postal referendum on whether to legalize same-sex marriage in that country.  The Sun reports:

Around 16 million survey forms were posted to Australians across the country this week so people can have their say on legalising same-sex marriage.

But among those sent out featured unfortunate phrases - including "bumsex" and "d*ck to" - according to eagle-eyed recipients. 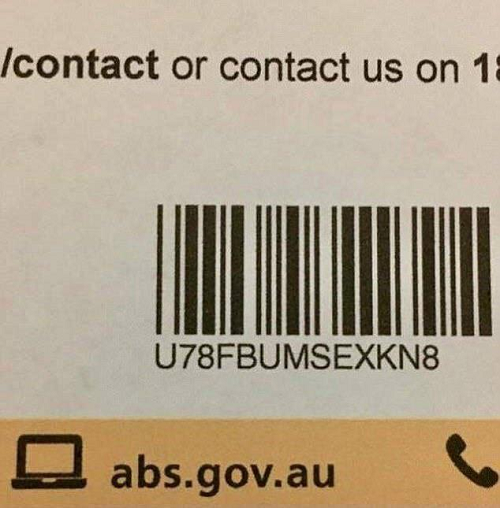 The Australian Bureau of Statistics (ABS) ... apologised for the potentially "offensive" words and said it will issue a new form if requested.


There's more at the link.  A tip o' the hat to Australian reader Snoggeramus for alerting me to it.

If that was an "accidental" combination of letters, I'll eat my hat!

If that's the unique identifier barcode, I'd wager it was indeed random. Monkeys and typewriters and all that.

Subject matter plus "random" bar code?
Someone just won a huge bar bet from his buddies.
Yes, "buddies" 'cause this is definitely a guy thing.

Programmer lore has this story:
https://thedailywtf.com/articles/The-Automated-Curse-Generator

Fun stuff happens once you reduce your character space (or even go for a syllable space) to stuff that is easy to pronounce or hard to mix up.