I'm finding it difficult to post one-off articles about friends' books, so I'm going to try doing a more-or-less regular book roundup article in which I'll mention new publications from friends and fellow bloggers.  I hope you'll give them a try.  I've found a lot of good reading material among them.  I'll limit coverage to books by friends and colleagues, those whom I've come to know in person or in cyberspace.  I'll list them in the order in which I was told (or learned of) their release, to be fair to all concerned.  (I'll also do stand-alone reviews of certain books now and again.) 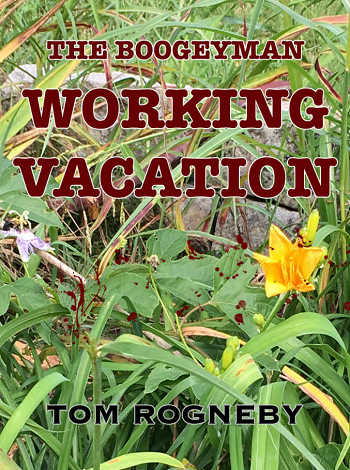 In “The Devil Drinks Sweet Tea”, a young Shelby thought his Grandpa was just being grouchy about having to help out with the gardening. That is, of course, until Grandma's geraniums spontaneously burst into flames and the lilies started chanting in Latin.

In “Working Vacation”, the BoogeyMan just wants to relax on the beach with his wife, but his plans change when an old friend tracks him down to call in a debt. Shelby races against the clock to find a missing client before the full weight of the world falls in on his quiet vacation.


I'm enjoying Tom's new protagonist.  This looks like it might develop into a worthwhile series - perhaps even a full-length novel or two.

Next, Margaret Ball has returned from her decade-long hiatus in writing.  Her new novel is titled 'Insurgents', and is the first book in her new Harmony series. 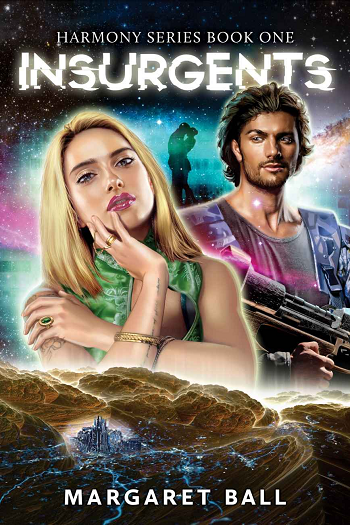 Can one man make both love and war – at the same time?

Harmony, one of the first settlements from Earth’s Age of Expansion, has a totalitarian government which uses the bleak continent of Esilia as a dumping ground for political dissidents. Now they’re surprised that the dissidents want to secede.

Gabrel is totally devoted to his colony’s battle for freedom. Isovel, daughter of the enemy’s invading general, knows exactly why Harmony should continue to rule the exiles. When she is taken hostage by his guerrilla group, he has to draw a line between his personal inclinations and his duty to the insurgency, while Isovel has to remember her duty to escape. There can be no future for two people on opposing sides of this war – so Gabrel will just have to win the war. And the peace.


Margaret's been previously published by Baen Books, and has a well-established writing pedigree.  I think this is her first independently published book.

Last but not least for this week, Dragon Award-winning author John C. Wright has just released the sixth book in his amazing 'Moth & Cobweb' series.  I love the first three books in the series, and I'm planning on reading the next three as soon as I can find the time.  (Isn't it odd that writers are so busy writing that they usually have less time to read than their readers do?  Seems like a contradiction in terms, doesn't it?) 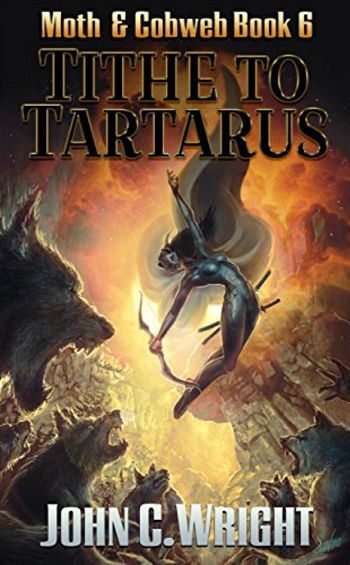 This is listed as 'Young Adult' reading, but I find it equally gripping as adult fiction.  The blurb reads:

Inflicted with amnesia, Yumiko Ume Moth has managed to discover the identity of the lost love she cannot remember. She has also learned the bitter truth of her mother's murder. And the party responsible for the absence of the one and the death of the other is the same: the Supreme Council of Anarchists.

Now Yumiko hopes to rescue the brilliant young man who may or may not be her fiance while seeking vengeance for the Grail Queen, her mother. But her only allies are a scatter-brained fairy and the Last Crusade, which despite its grand name consists of a young knight and his dog. Nevertheless, the Foxmaiden will not turn from her path, though all the dark forces of Tartarus stand in her way.


If it's anything like as good as its predecessors in the 'Moth & Cobweb' series, this one will be un-put-downable.  I'm looking forward to reading it.

Yay! A new Bogeyman book! That was my only real criticism of the first one you promoted: "Wait? There's just one? Rats."

They're a lot of fun to do, and I'm using them as rewards for reaching milestones on other projects.