My wife's latest book is published! 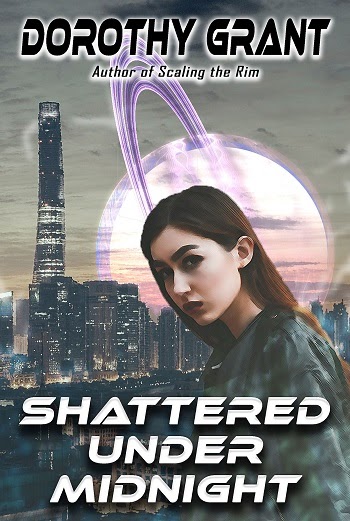 Raina escaped to Freeport with a tour booked under a stolen ID, and a plan to lose herself in the city. Instead, she found a city in revolt, and now both sides are after her to control the alien gifts engineered into her DNA.

Her only ally is an offworld investigator trying to get to the bottom of the explosive mix of on-planet and alien politics... but his secrets are even deadlier than her own.

From the back alleys of the souk to the depths of alien ruins, they're now in a desperate fight to stop the revolution before everything is lost!


I enjoyed this book.  OK, I'm biased, of course, because the author is my wife, but notwithstanding that, this one tickled my fancy.  Part of the reason was that it includes a number of action sequences based very heavily on real-life incidents.  To write them, she approached Lawdog, Old NFO and myself, and asked us about what we would do (or, in some cases, had actually done) in certain situations.  (She describes that process from her perspective in this article, and part of our interaction in this one.)  Our answers made her eyebrows rise almost into her hairline on occasion, but she persisted gamely, and incorporated our hard-earned knowledge and experience in her fiction.  It's kinda fun to read some of the scenarios, and know what real-life incidents inspired them (or their resolution).

I hope you enjoy Miss D.'s latest book as much as her first.  Now I have to encourage her to write another!

Just bought it, Peter. I really enjoyed the first one!

I bought it and read it in one morning, I hope there is a sequel. I also left a review on Amazon. This book is definitly worth reading