The resurrection of a container ship


Early in March last year, the giant container ship Maersk Honam caught fire in the Arabian Sea.  Five crew members were killed, and the rest of the crew abandoned ship.  (For larger versions of the photographs, follow the links provided.) 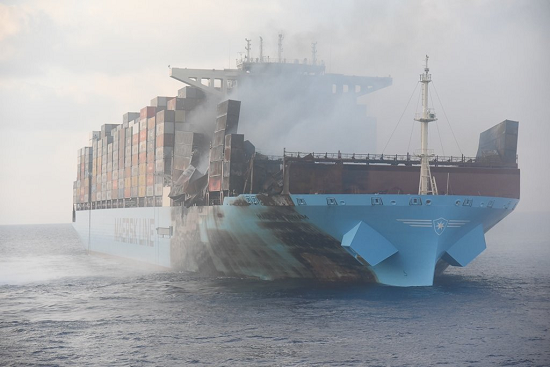 The vessel was later towed to the port of Jebel Ali, where her cargo was offloaded and the ship inspected.  Her bow section had been damaged beyond repair:  but the rest of the ship was still in good condition, and is almost new (delivered in 2017).  Rather than lose their investment in her, Maersk decided to cut off the ship's bow altogether, leaving the rear two-thirds of the hull and her propulsion machinery intact. 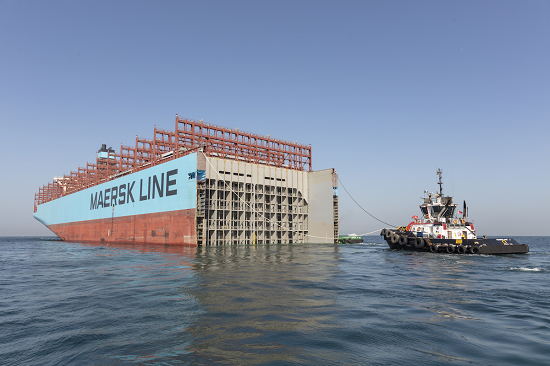 The rear portion has now been loaded onto a carrier vessel, to be returned to the South Korean shipyard where she was built.  There, an entirely new bow section will be fabricated and joined to the stern, making a complete vessel once more. 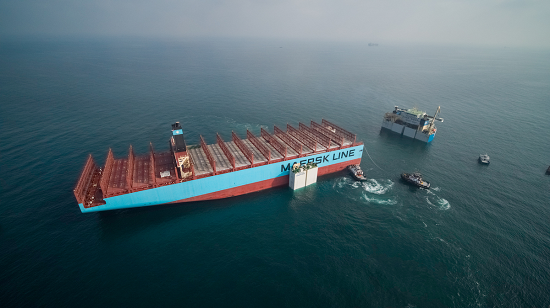 It's an expensive solution, but not as expensive as losing the whole ship - and the insurers will be paying for it all.  I bet Maersk's premiums went up, though!

I wonder how they cut that off? A team of workers with torches? Probably something unique to shipbuilders.

Traditionally, a larger midships is added, lengthening the ship but otherwise leaving it unchanged. Cruise ships do this quite a bit. It's called 'Jumboization' and it can work... but it also led to a few disasters in cargo ships. The WWII era T2 and C4 US navy ships were often sold, jumboized, and broke in half at some point.

Currently, there is only one bastard-built ship in the US-flag, the CHEMICAL PIONEER, which is made out of the salvaged parts of the old SEA WITCH and a new body.

I worked aboard the American Heavy Lift ships for 10 years. They were made out of 50-year old tanker stern sections (containing the engine room) with a modern tanker body added forward and a house slapped on top.

More interesting:
Xin Queng Hua (if I read the hull tag right), the semi-submersible drydock ship that can be sunk to slip under that semi hull, then pumped out to raise and transport it.

Similar things were done with the two US Navy destroyers their idiots crashed in the Seventh Fleet.

That right there is some stuff worthy of the Glomar Explorer.

CWM (now Global Marine) used to have a unique cable layer that had been made by taking the largest used oil platform supply vessel they could buy then cutting it in two both lengthwise and across, added about 30m of length and 10 of beam. This made it large enough to carry an entire Atlantic width of cable at a time and stable enough to be able to lay it in a force 9 storm. Simply amazing what shipyards can do

I saw a Battleship started this weirdness of bow recreation. Yep, could be re-creation.
http://www.usswisconsin.org/wp/collision/

Here's something else you can do with a container ship: http://thedrive.com/the-war-zone/4058/check-out-this-picture-of-the-pentagons-shadowy-new-special-operations-mothership?iid=sr-link1

Turn it into a Special Ops floating base!
It will be capable of housing 200 at a time. Secure communications systems, a gym, weapons lockers, and the ability to operate even the heaviest helicopters in the Pentagon’s inventory, from Little Birds to MH-53s, are all included in the Cragside’s refit specifications. Additionally, hangar bays are also required, to sustain these helicopters over long periods of time. Overall, the ship will be capable of speeds of 20 knots and can operate independently for 45 days at a time.

The RFP mandates that the ship must have four launch and recovery systems capable of handling 12.5-meter boats. Two of these craft must be launched within 20 minutes while the ship is underway. Eight 12.5-meter boats will be carried in all, and at least four jet skis and four zodiacs must be housed and be able to be launched and recovered with ease as well.

Another interesting requirement is that the enclosed craft storage area must not be visible from the outside and must have tight environmental controls. A whole host of other modifications, including FLIR systems, an elaborate conference room, force protection areas for mounting machine guns, a dive locker, a medical ward, and many other interesting requirements can also be found in the RFP.