Several friends have published new books in recent weeks.  Here they are, in no particular order.

First, J. L. Curtis (more widely known as blogger Old NFO, among other things) has published the fifth and last volume about his protagonist, John Cronin, in the "Grey Man" series.  (It was originally planned as a trilogy, until he got carried away!)  This one's titled "The Grey Man - Twilight". 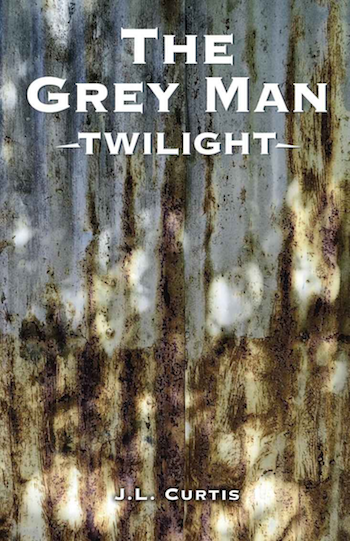 Never count an old man out, even when he's hanging up his hat!

Deputy Sheriff John Cronin is looking forward to a quiet retirement, working on the ranch, and handing it off to his granddaughter Jesse. And he's got to pass on a generation worth of investigations, but it's not as easy as handing over the case files and the keys. First, he's got to train Aaron Miller to fill his role, from the way to dress for rural juries to the finer points of stakeouts and murder investigations, Texas style.

Between the oil patch workers and the cartel's drug runners, there are plenty of loose ends for him to tie off… or terminate…


I was part of the alpha and beta reading team for this book.  It's a lot of fun.

Next, Tom Rogneby (known in the blogosphere as DaddyBear) has brought out the latest short novella in his "Boogeyman" series, "A Woman Scorned". 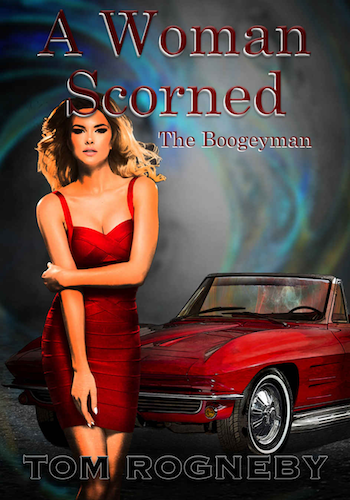 (When he posted the first version of the cover, I couldn't resist pointing out to him that both the car and the lady had masked headlights . . . )  The blurb reads:

Never cheat on a succubus.

Martin Shelby's latest client is a woman out to hurt her husband where it matters most to him - his pride. She's teamed with the best lawyer in town, and The Boogeyman is out to find the evidence to turn her shark loose in divorce court.

But indulging a taste for younger women isn't the only shady thing her husband's been up to, and the blood in the water is all too real as the body count starts mounting… 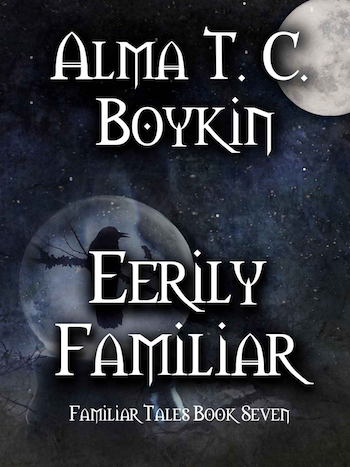 I really like what Alma's done with this series.  She tackles disturbing subjects like evil, witchcraft, etc., but in a very sound, wholesome way, showing that they're not to be trifled with, but also not to be feared by those who are properly rooted and grounded in God and good.  Very refreshing, considering some of the nastiness out there (like this one, for instance - that sent shivers down my spine when I read the report!  Anyone who'd even think of, let alone write or produce, a book like that goes straight into my "highly suspicious" little black book!)

Something hunts the hunters…

Something waits in the shadows, watching. Lelia Chan and her Familiar, Tay, hear vague rumors of trouble among the shadow mages. Everyone's heard rumors before, and keeping her boss happy is more important. Then a painting tries to capture her friend. When her mentor and good friend André and his Familiar, Rodney both go missing, Lelia has to take charge.

She's not ready. No shadow mage ever is. But she'll find a way or die trying.

Things worse than than death hide in the shadows. And they LIKE meeting over-confident young mages…


I've read and enjoyed all three of the books listed above.  Recommended.

(Oh - and there's also my new Western novel, "A River of Horns", if you like my books!  It was published just a few days ago.) 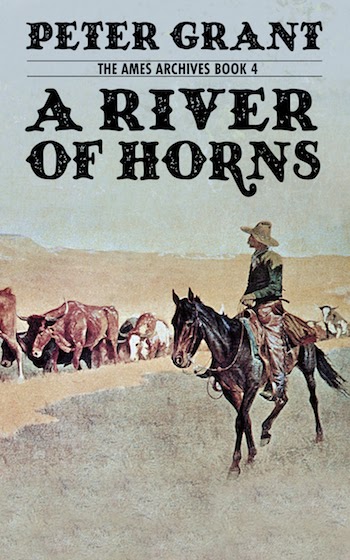 Just left a review on Amazon UK for River of Horns. What can I say? I read in in two sittings on my commute to work and back. Thank you.

Finished three of the four, not dissapointed in any of them. Tom's book doesn't look like what I usually read but I'll get to it after I finish the latest from Pam Uphoff's Wine of the Gods short.