Two snippets about foxes caught my eye in recent days.

The first was this outstanding photograph of a melanistic red fox, found on Gab.  Click the image for a larger view. 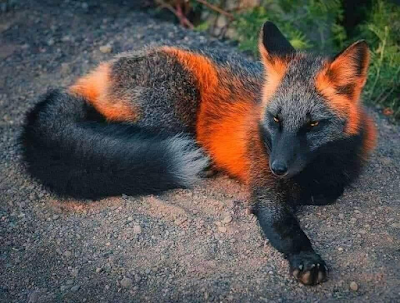 Isn't that lovely fur?  I wasn't aware that melanism occurred in foxes, but on investigation, it seems the Arctic silver fox also has a melanistic branch.  See here for some lovely photographs of that sub-species.  Here's one example from that report. 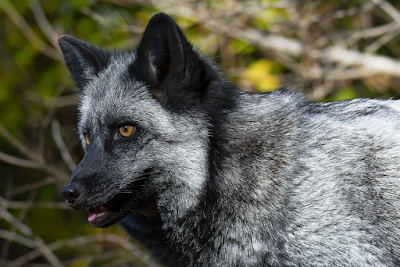 Also, a fox in Berlin, Germany has been in the news for its taste (?) in shoes.  The BBC reports:

A fox in a leafy suburb of Berlin has been getting into the spirit of summer - by collecting flip flops.

For weeks residents of Zehlendorf were baffled that a thief was stealing their flip flops and sports shoes from their gardens at night.

Finally a man spotted the culprit on a patch of wasteland, "in flagrante, carrying two blue flip flops in its mouth", the daily Tagesspiegel reports.

The fox had a hoard of over 100 shoes, but not the man's missing running shoe. 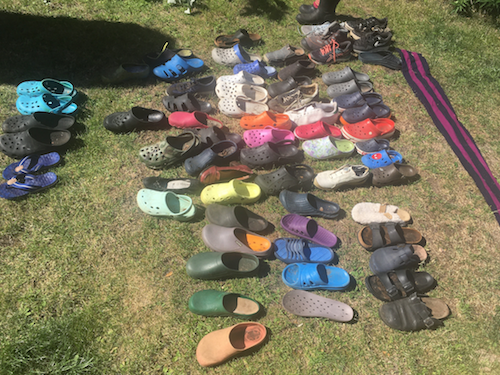 Maybe the fox has a foot fetish?