Steam heating systems to combat a pandemic? I didn't know that


There's a fascinating snippet of history in a Bloomberg article about steam radiator heating systems.

It turns out that the prodigious output of steam-heated buildings is the direct result of theories of infection control that were enlisted in the battle against the great global pandemic of 1918 and 1919.

The Spanish Influenza, which caused just over 20,000 deaths in New York City alone, “changed heating once and for all.” That’s according to Dan Holohan, a retired writer, consultant, and researcher with extensive knowledge of heating systems and steam heating. 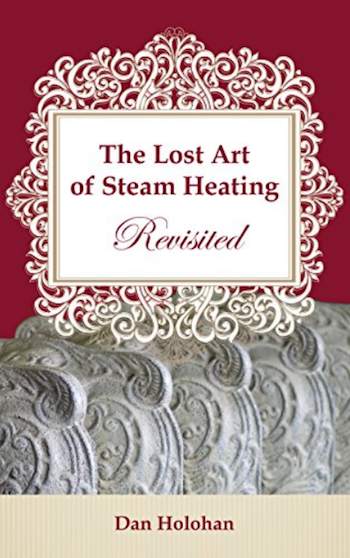 Most radiator systems appeared in major American cities like New York City in the first third of the 20th century. This golden age of steam heat didn’t merely coincide with that pandemic: Beliefs about how to fight airborne illness influenced the design of heating systems, and created a persistent pain point for those who’ve cohabitated with a cranky old radiator.

Health officials thought (correctly) that fresh air would ward off airborne diseases; then as now, cities rushed to move activities outdoors, from schools to courtrooms. When winter came, the need for fresh air didn’t abate. According to Holohan’s research, the Board of Health in New York City ordered that windows should remain open to provide ventilation, even in cold weather. In response, engineers began devising heating systems with this extreme use case in mind. Steam heating and radiators were designed to heat buildings on the coldest day of the year with all the windows open. Anybody who’s thrown their windows open in January, when their apartment is stifling, is, in an odd way, replicating what engineers hoped would happen a century ago.

As a Covid-haunted winter looms, residents of steam-heated buildings may get another opportunity to crank their radiators up and put them to their intended use. Holohan says he’s bemused to see his field of expertise reemerge in connection with the current pandemic, as ventilation is being again promoted as a key strategy to cut infection.

It's also interesting to connect the dots between the heating of buildings and the general adoption of the germ theory of disease, which gained acceptance at about the same time that heating and "fresh air" became widely accepted as factors for good health.  There was considerable opposition to the germ theory, which was only reluctantly overcome, and in some cases persists to this day.  Indeed, one aspect of germ theory denialism - the so-called "Sanitary Movement" - became a major force behind cleaning up cities, their air, and water supplies.  That, in turn, paved the way for heating systems to warm up the newly-abundant fresh (but very cold) air in winter.

The miasma theory of disease may have been inaccurate, but the public health solutions begun to combat “filth” and “sewer gas” would have abiding, salutary effects. The anticontagionists built a public health infrastructure and professionalized its management, improving the lives and safeguarding the health of millions. The sanitarians’ science was wrong, but their activism in the name of the public good benefited all Americans. Indeed, most medical historians believe that the sanitation movement, and its attendant improvements in urban health and food safety, contributed far more to the increase in Western life expectancy in the 20th century (primarily through the prevention of infectious diseases) than did much of modern medicine. The turnaround in mortality rates came well before the rise and general use of vaccines and antibiotics.

So, if you live or work in a building with old-fashioned steam heat radiators, let them remind you of our sometimes shaky medical history.

I grew up in NYC and remember the steam radiators.

One thing not widely known is that many office buildings in NYC did not have furnaces but relied on steam piped from power plants to heat the buildings. This accounted for the wisps of steam that could be seen drifting up from vents in the sidewalks and streets of NYC.

The funny thing is, the theory of bad air is coming back. There was a study I saw not long ago that proved that pathogens can indeed hitch a ride on fog particles. So a fog arising from an area contaminated with something could potentially lead to infections in another area as the fog moved. Now, the origin of keeping the night air out was a bit bigger - mosquitoes!

Good stuff and a good read. Thank you.

The dorms I lived in at UF, Gainesville were some of the original buildings from the founding of the university. There was no A/C, the wiring dated from the 1930s and couldn't handle much of a load, and had steam heat from a central plant. There wasn't much insulation, and the heat gradient in winter between the first floor to the fourth was truly astonishing. On the first floor it was always chilly while the fourth floor was like the boiler room of a battleship. They always had open windows and often fans to get more air in. But they were cheap. Astoundingly so compared to the extortionate rates charged now. The figure of $352 per semester 40 years ago sticks in my mind, nut couldn't swear to that.

In Alaska where I was raised they use Steam Heat in the downtown area because the Town "Grew up around the Power plant and a by-product of electrical generation is steam ( or more properly Very Hot Water . So they pump it to area homes to get rid of this as other wise they would Vent it to the river ,lake or Marsh.