I've been thinking about the situation in Afghanistan for some months, and watching US policy there with growing concern. The current 'mini-surge', adding almost 20,000 to the forces already in that country, is not a bad idea: but it's a bandage on a festering wound. Unless the underlying infection is dealt with, the wound can still kill, regardless of the bandage.

The US appears to think that it can achieve, if not a military victory, at least a military dominance in Afghanistan, with or without the co-operation of the Taliban and local tribes. I have news for those who think this way. Britain tried to achieve precisely that for something like one and a half centuries . . . and failed miserably, sacrificing tens of thousands of her troops and administrative personnel in the process. After independence, both the Afghan and Pakistani governments tried to achieve the same result . . . with equally miserable results. To this day, the North-West Frontier Province of Pakistan (bordering Afghanistan) is a hotbed of tribalism and fundamentalism. The Taliban are merely the latest in a long line of fundamentalist movements and individuals to arise in the area. They won't be the last. 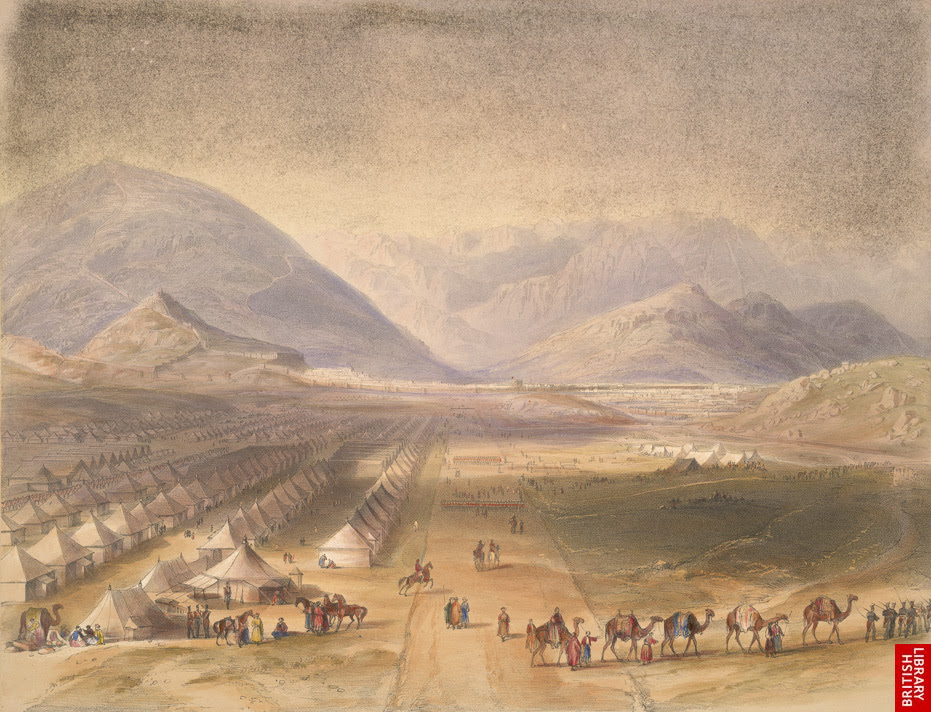 For an excellent overview of the history of the area, I highly recommend Charles Miller's book 'Khyber! British India's North West Frontier: The Story of an Imperial Migraine'. It's long out of print, but used copies are freely (and cheaply) available. I submit that any US soldier deploying to the region needs to read this book before leaving, and probably should take it along to refresh their memories at appropriate times. There are many other good (indeed, excellent) books on the subject, but none as easy to read or as comprehensive in a short overview as this one, IMHO. Recommended.

The book includes this quotation from Mountstuart Elphinstone, who visited Afghanistan in 1809:

If a single traveller, endeavours to make his way through (the Khyber Pass) the noise of his horses feet sounds up the long narrow valleys, and soon brings the Khyberees in troops from the hills and ravines. If they expect a caravan, they assemble in hundreds and sit patiently, with their matchlocks in their hands, watching its approach. Such are their habits of rapine that they can never be entirely restrained from plundering passengers. On the whole, they are the greatest robbers amongst the Afghauns. Afghan tribesmen in the Khyber Pass. (Image courtesy of Wikipedia. Click to enlarge.)

Judging by the fate of so many convoys of military supplies over the past few years, little has changed in the passes leading into Afghanistan! Incessant colonial and post-colonial wars, skirmishes, engagements and patrols could not dominate the area. At best they could achieve a temporary, grudging 'solution' by force of arms: but within a few years, the situation would return to normal. It's been that way since time began in that part of the world. It's going to stay that way. 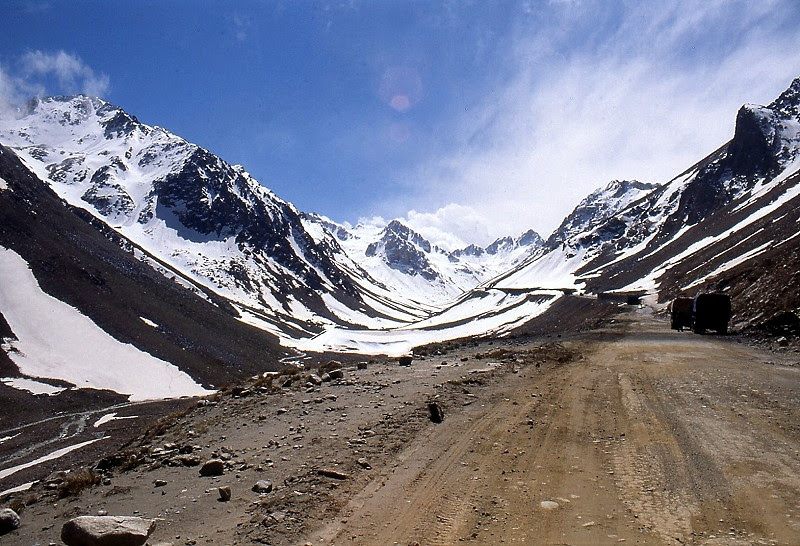 There are some who are shocked by suggestions that the West should be talking to the Taliban, trying to negotiate a solution. I'm afraid there's no real alternative. We're not going to win in Afghanistan, because a clear-cut military victory isn't possible. Sooner or later, negotiations are going to have to happen. Unless we grasp that reality, and learn from history, and do something about it, we're going to go on losing our servicemen and -women to no good purpose. Some of our allies already understand that, British commentators in particular: but then, they've got all that history at their fingertips. They understand the Taliban better than we do.

Rudyard Kipling, the quintessential soldiers' poet, understood this as well. His famous poem Arithmetic On The Frontier says it all.

A great and glorious thing it is
To learn, for seven years or so,
The Lord knows what of that and this,
Ere reckoned fit to face the foe —
The flying bullet down the Pass,
That whistles clear: "All flesh is grass."

Three hundred pounds per annum spent
On making brain and body meeter
For all the murderous intent
Comprised in "villanous saltpetre!"
And after — ask the Yusufzaies
What comes of all our 'ologies.

A scrimmage in a Border Station —
A canter down some dark defile —
Two thousand pounds of education
Drops to a ten-rupee jezail —
The Crammer's boast, the Squadron's pride,
Shot like a rabbit in a ride!

No proposition Euclid wrote,
No formulae the text-books know,
Will turn the bullet from your coat,
Or ward the tulwar's downward blow
Strike hard who cares — shoot straight who can —
The odds are on the cheaper man.

One sword-knot stolen from the camp
Will pay for all the school expenses
Of any Kurrum Valley scamp
Who knows no word of moods and tenses,
But, being blessed with perfect sight,
Picks off our messmates left and right.

With home-bred hordes the hillsides teem,
The troop-ships bring us one by one,
At vast expense of time and steam,
To slay Afridis where they run.
The "captives of our bow and spear"
Are cheap — alas! as we are dear.

US troops are now echoing those words, reckoning in dollars and cents rather than pounds, shillings and pence. The arithmetic hasn't changed - nor have the results.

It's time for a new approach.

It's NOT one we can solve... as you point out, generations of fighting, thievery and tribal issues cannot be "talked" out and "talked" into agreement as the current administration is planning to do... sigh...

Afghanistan is where empires go to die.

Both Afghanistan and also Iraq give me an odd sense of deja vu. Could it be that history is repeating itself? This sound awfully similar to Vietnam.