The world's first piloted aircraft capable of taking to the air using only power from fuel cells has flown, producing zero carbon dioxide emissions during the landmark mission. 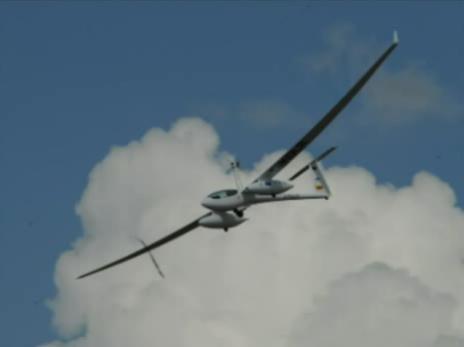 The Antares DLR-H2 - developed by the German Aerospace Centre DLR together with Lange Aviation, BASF Fuel Cells and Denmark's Serenergy - has a range of 750 kilometres (465 miles) and can fly for five hours at maximum flying speeds of approximately 170 kilometres per hour (106 miles per hour).

DLR says it has improved fuel cell performance capabilities and efficiency to such an extent that the motor glider can take off using fuel cell power alone.

The system uses hydrogen as its fuel which is converted into electrical energy in a direct, electrochemical reaction with oxygen in the ambient air, without any combustion occurring and producing only water.

To accommodate the fuel cell and the hydrogen supply, two additional external load carriers weighing 100 kgs were slung under the specially reinforced wings whose aeroelastic properties had to be reconfigured to safeguard flight stability. 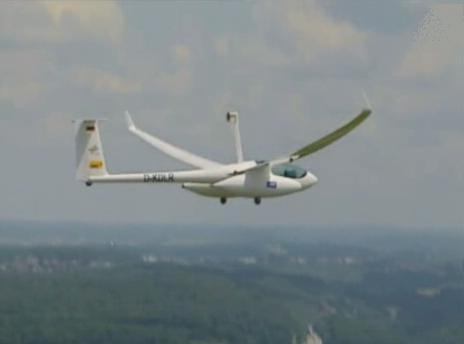 The Antares DLR-H2 will be based at Lufthansa Technik in Hamburg where, over the next three years, it will be acting as a flying test platform for the fuel cell test activities of DLR as part of its Fuel Cell Labs project.

There's more at the link. Here's a video (with German commentary) showing the Antares DLR-H2 during testing.

Very interesting indeed! If fuel cells, and/or batteries powering electric motors, can be developed to the point that they can reliably power light aircraft, it'll be a major step forward. I'm sure many light aircraft pilots would love to have a rechargeable aircraft, or one that doesn't consume aviation gasoline, and would welcome such developments. Even this prototype looks like it would fit into the weight and speed restrictions of the FAA's Light Sport Aircraft classification.

I wish the developers every success in taking this further.

I suspect the FAA would want to extensively test this before it would grant certification. The FAA is very conservative when it comes to aviation technology.

Of course, they could always get an experimental certification but that wouldn't help any marketing plans.

Wonder what the useful load would be?

Reliable is not the same thing as economical. As long as hydrogen is more expensive than gasoline per mile, fuel cells are a dream. It'll be decades before that dream becomes viable reality. There are much better ways to clean up air travel.

I'm a fan of aviation technology, and this is cool and a step forward.

Before we applaud this as green aviation, we must ask ourselves how much carbon was released in making the aircraft? I'd bet that the production of those cutting-edge composites causes a staggering amount of carbon dioxide.

I'm convinced that man-made climate change is a hoax perpetuated on a gullible public by ne'er-do-well politicians, so who gives a damn? It's a cool airplane.

I can see fuel cells - powered by either methanol or hydrogen being useful in such things as UAVs which were electrically powered anyway. Hydrogen isn't very portable but methanol is. That is, given stainless containers and viton seals, both of which are well understood. Never mind a massive market for all manner of portable electronic devices.

As for this was-a-sailplane, it is a useful technology demonstrator, but is a bit of waste of a perfectly good sailplane otherwise, IMO.