Fast Coexist has a very interesting series of graphics comparing the US prison population to other nations around the world. It writes:

The 2.2 million people who fill America's prisons exceed the entire population of Qatar. Yet, somehow, the fact of our mass incarceration rate tends to fade into the fabric of the everyday. Not so with a new tool from software engineer Stuart Sandine, who used data from the International Centre for Prison Studies to build a map of the world's imprisoned population.

With Sandine's Prison Data, it's easy to toggle among imprisonment stats in different countries. America's prison population exceeds that of China, Russia, Brazil, India, and Thailand, according to this data, and so does the land of the free's incarceration rate.

Here are a couple of the comparative maps from the series.  Click each image for a larger view.  First, comparing countries by total number of prisoners: 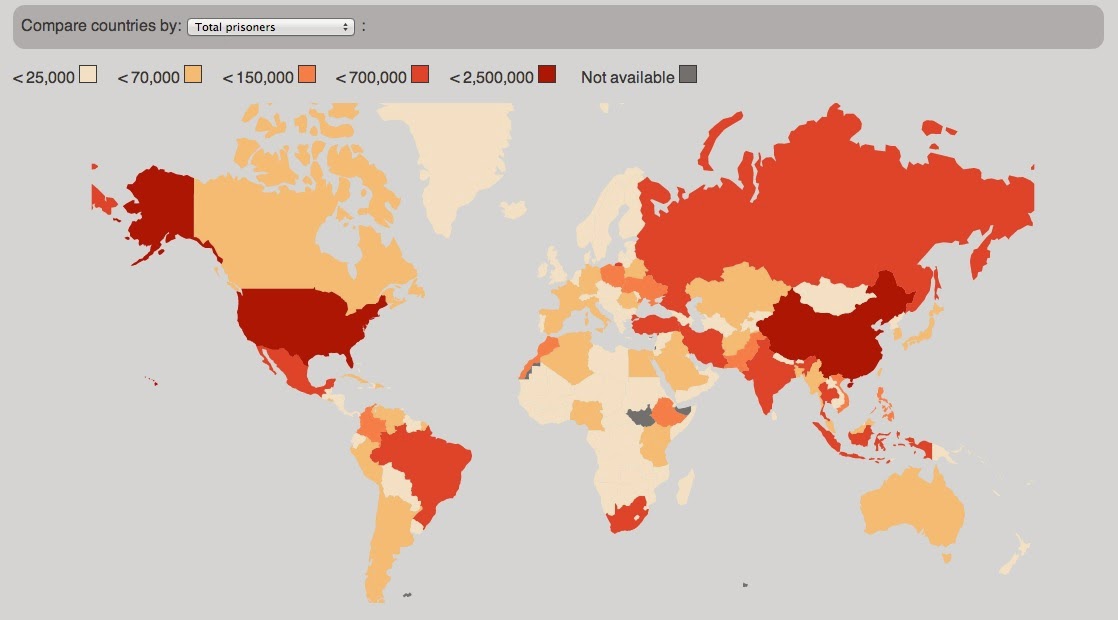 Next, comparing countries by total number of prisons: 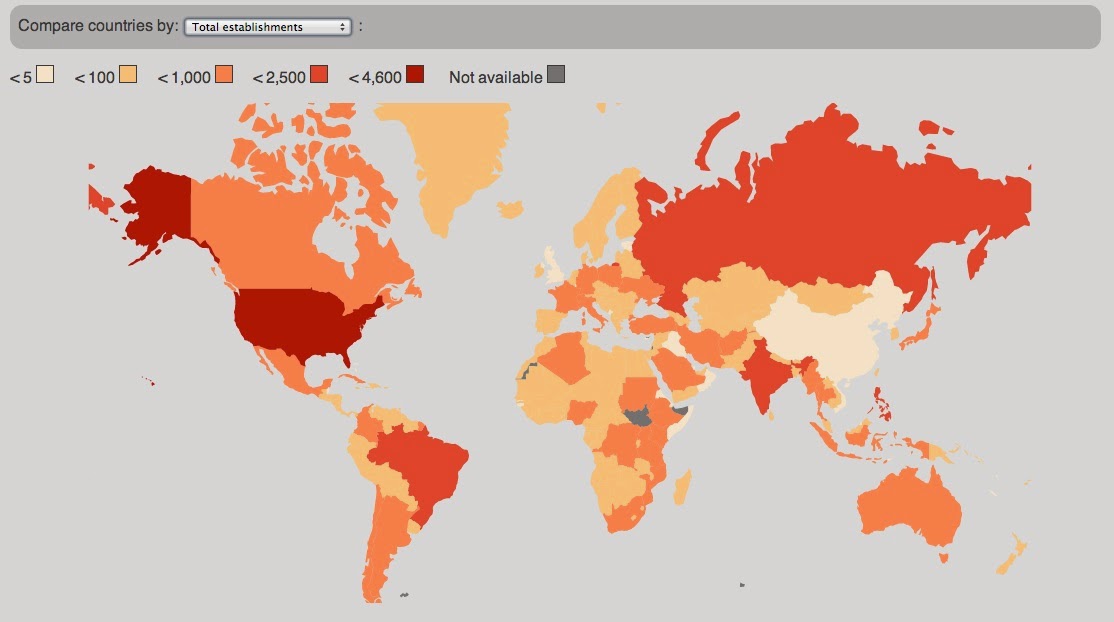 There are many more maps at the link.  Very informative.

Interesting but misleading. They say, "The 2.2 million people who fill America's prisons exceed the entire population of Qatar. Yet, somehow, the fact of our mass incarceration rate tends to fade into the fabric of the everyday." But 2.2 million isn't a rate, it's a number, and the only chart they have that starts to allege it can provide a rate has a legend that doesn't make sense. The scale says "Prison Population Rate %" but goes to 750. 750% of the American population is in prison? No wonder they're so crowded!

They need to adjust for populations. Sure we have lots of prisoners. Probably way too many. But you'd never be able to get any real information out of that data. So we have way more prisoners than France. We also have a much bigger population. How can anyone honestly compare nations of vastly different size without deriving some sort of per capita rate, or other way to normalize the vast differences in populations?

I would suggest that the map designer re-consider North Korea.

The whole population of North Korea is in prison.

Map creator here -- re: 750%, that was labed wrong, oops, it has now been fixed. The number is referring to people imprisoned per 100k citizens, so the data itself does accurately compare incarceration rates.