Are we seeing the emergence of a new US political alignment?


A political scientist and professor of international relations, Angelo Codevilla is one of the most interesting and thought-provoking observers of the US political scene.  His 2010 article "America's Ruling Class - and the Perils of Revolution", and a subsequent book, "The Ruling Class: How They Corrupted America and What We Can Do About It", have had widespread impact, and many of his observations in them proved seminal in relation to the 2016 Presidential election. 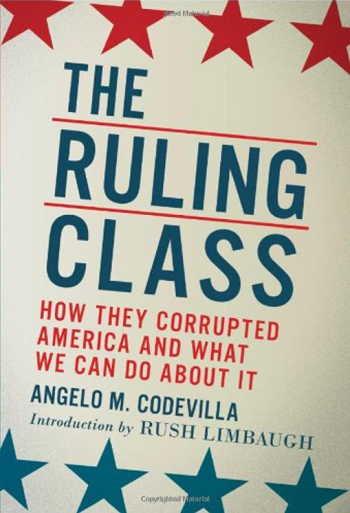 He's written two articles in recent weeks that I found very illuminating.  The first, in the Washington Times, is titled "Replacing the Republican Party:  America needs a virile alternative to the present mess".  Here's an excerpt.

Having refused to repeal Obamacare, the Republican Party is dead, as was the Whig Party in 1854 after it colluded in the passage of the Kansas-Nebraska Act which opened these territories to slavery.

Republican majorities in both Houses of Congress as well as control of legislatures and governorships in 26 states veil the fact that, in 2017, there are no longer reasons to vote Republican any more than there were to vote Whig after 1854.

The Republican Party’s successes in recent electoral cycles were due to the American people’s desire not to be governed by a ruling class, headed by the Democratic Party, which is restricting, insulting and impoverishing the country. Republican voters were hopeful but doubtful. In the 2016 Republican primaries the overwhelming majority of votes went to candidates least tied to the party establishment.

When Congressional Republicans and Democrats together affirmed Obamacare; as they set about financing the health insurance industry in explicit contradiction of law; as every branch of the permanent government continues to have its unaccountable way with Americans; as a foreign policy of indecisive warfare continues despite popular opposition, there is no doubt that today’s America is ruled by a single ruling party and that the Republican Party is part of that party rather than an alternative to it.

Why vote Republican when that results, rhetoric aside, in being governed as by Democrats?

The second article, published in American Greatness, is titled "The 2016 Election is Not Reversible".

Today, the bipartisan ruling class, which the electorate was trying to shed by supporting anti-establishment candidates of both parties in 2016, feels as if it has dodged the proverbial bullet. The Trump administration has not managed to staff itself—certainly not with anti-establishment people—and may never do so. Because the prospect of that happening brought the ruling class’s several elements together and energized them as never before, today, prospects of more power with fewer limits than ever eclipse the establishment’s fears of November 2016.

But the Left’s celebrations are premature, at best. As I explained a year ago, by 2016 the ruling class’s dysfunctions and the rest of the country’s resentment had pushed America over the threshold of a revolution; one in which the only certainty is the near impossibility of returning to the republican self-government of the previous two centuries. The 2016 election is not reversible, because it was but the first stage of a process that no one can control and the end of which no one can foresee.

Donald Trump is not and never has been the issue. With or without Trump, the nightmare of those who resist the 2016 election was, is, and will remain the voters who have chosen and will continue to choose candidates who they believe are committed to reducing the ruling class’s privileges and pretensions.

That is why the “resistance” has increased rather than diminished the 2016 election’s import as a revolutionary event. To ordinary Americans, the winds that now blow downwind from society’s commanding heights make the country seem more alien than ever before. More than ever, academics, judges, the media, corporate executives, and politicians of all kinds, having arrogated moral legitimacy to their own socio-political identities, pour contempt upon the rest of America. Private as well as public life in our time is subject to their escalating insults, their unending new conditions on what one may or may not say, even on what one must say, to hold a job or otherwise to participate in society.

Were an energetic, unambiguous, unapologetic Trump to affirm the majority of Americans’ political identity, not all Republicans would follow. Nor does he need them all. By bringing new elements into his following and, yes, by dropping some Republicans from it, Trump would effectively build a new party, with intact credibility. The departure of major corporations from his business council—big business is deeply unpopular on Main Street America—is an example of  how to gain by shedding baggage. At any rate, it was never possible that the entire Republican Party would represent America against the ruling class.

But by the same token, each action taken by anyone who is creating a new movement must speak for itself more loudly and clearly than the words used to explain that action. Democracy does not tolerate pairing big words with small accomplishments. Today, Trump’s role in fulfilling the political marketplace’s demand is up to him even more than it was in 2016. But now as then, America’s open political marketplace invites all. The anti ruling class constituency is bigger than ever. If Trump does not lead it, someone else will.

Considering that the Wall Street Journal recently opined that political divisions in the US are widening and long-lasting, I think Prof. Codevilla has a point.  I've said for a long time that I trust neither the Republican nor the Democratic Parties.  Both put partisan politics ahead of the needs of the country;  both are too willing to compromise in exchange for benefits to office-holders and political place-holders.  I sincerely hope Prof. Codevilla is right, and that a new political movement will emerge.  I think this country can only benefit from that.

One of the 'many' reasons I shifted to Independent a number of years ago...

I left the republican party when they thought that John McCain was the man to run for president. Ironically, circumstances have forced me to continue voting a straight ticket. The problem, as I see it, is that some who vote republican will quit voting in disgust, thus giving elections to democrats by default. I feel the only way to improve our country is to primary the traitors, and THAT is very hard to do.

Panarchy or secession, those seem to be the two decent alternatives.

The real problem as I see it is that Independent is really just code for none of the above.
If only there truly was a viable independent party I sincerely believe that it would take the country by storm.
It has become painfully obvious that entrenched politicians whether Dem or Repub are concerned only with building their nests of cards with no concern as to how their actions harm the citizenry.

Guess what? There has always been a ruling class in this country. It is just that in the past there was enough of them who believed in "There but for the Grace of God, goes I." that they were concerned about the burden of Big Government and all it entails.

The reason for voting for Democrats: They are intent on destroying America by imposing leftist philosophies and practices and establishng their ideology as the ruling one.

The reason for voting for Republicans: They are intent on riding whatever wave travels by, and are quite content to allow Democrats to destroy America as long as Republicans don't get the blame and can continue to cash donor checks.

The reason for voting for a third choice: They're neither democrat nor Republican.

We do not have, nor is it probable, that third choice will deveop soon, and until it develops we won't know what it will be.

In the meantime, we can go down the drain slowly by sticking with the Republicans, or vote Democrat and get to the civil war sooner, while we're still young enough to have an impact on it.

Or, we can build that third choice ourselves.

that would have been the TEA party. Now that we see how they treat us we cannot go public with a new party.

We are also done with the turncoats that rode the tea party wave into office and then left us high and dry.

No, I think the new part should be called the deplorables as it sums up the current pol parties view of us.

Bunch of Ffffing crooks. each and every one of them.

The US will continue to have two political parties, because of our majority rule system. What will probably happen is the Republican Party will be forced to change. I expect Bannon / Breitbart to have a good impact on primary's, that will hopefully reduce the GOPe and increase the number of GOP in the house and senate. Parties act like the Borg, and assimilate new movements.

If Trump can get up to 3% growth he will get re-elected, and will change the political culture, and discredit the Democratic Party on the economy. He is doing great work in deregulation that I believe will have a huge impact. The danger is so much can go wrong... who forecast Texas and Florida getting flooded?

It will be interesting to see if the Democrat voters will react to the way the Democrat establishment hijacked the nomination in 2016 (and subsequently failed to gain the Presidency). For years the Republican party has been moving incrementally right, as new faces replace the Old Guard that has really been Democrat Lite. It isn't ENOUGH, mind, but it has been happening. Now we have an election that might well see the rank and file Democrats seriously upset with the Party elite. They could, of course, move sharply Left (which would make the Republicans more viable yet). But by the same token, they could move practically any direction. It seems likely that whatever direction they embrace, they WILL go Populist.

Grab some popcorn; this ought to be good.

C. S. P. Schofield - I sincerely doubt they will do anything, being the good little union members (sheeple) that they are. Oh, they will groan-n-moan about it, but vote with their feet and leave or better yet, throw the bums out? Nope, never.