Today's award goes to the Belgian Air Force mechanic who destroyed one of his country's F-16 fighters.

A Belgian mechanic destroyed a multi-million pound fighter jet after he accidentally fired a Vulcan cannon while carrying out repairs at an air force base.

The £15m plane quickly caught fired and exploded, according to Belgian broadcaster RTL. 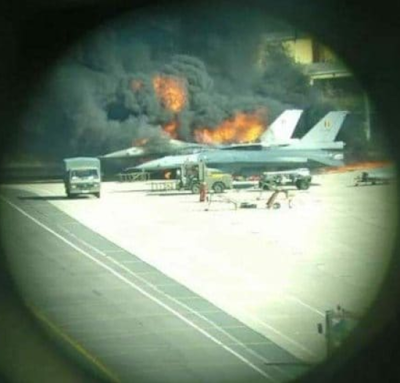 The mechanic was working with a colleague on two F-16s in a hangar near the control tower. 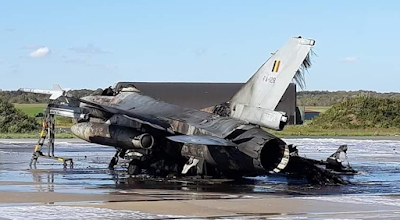 It is understood that the third jet, which they inadvertently destroyed after firing the cannon, was just out of their line of sight. 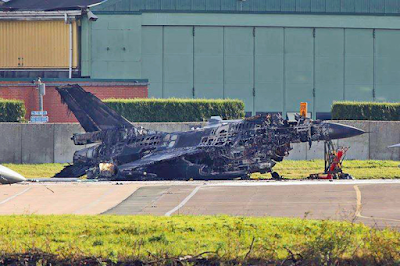 Both mechanics were injured during the incident, which occurred on Thursday at the Florennes air base, 60 miles south of Brussels.

There is a gun safety pin that must be removed. There is a 'weight on wheels' switch that disables the gun while there is weight on the landing gear (that cannot be deactivated from inside the aircraft). Both of these had to be disabled for this to happen.

Whoever left ammunition in the weapon WHILE THE AIRCRAFT WAS UNDERGOING MAINTENANCE also ought to have his head examined, if not handed to him.

Hmmmm. What's French or Flemish for "Hold my beer and watch this." ?
Presumably a Belgian beer.

This sounds like the express lane to getting fired.

And powered it up.
And turned on the Master Arm.
And pressed the trigger.

"Somebody" isn't getting fired.
They're going to prison.

But did the mechanic shout "Guns Guns Guns!" while pressing the trigger. Man whats the Belgian equivalent of Fort Leaven worth. Because that's where those boys are headed. How many (hundreds of?) years will it take to pay off a F-16 block 30 on two Airman's salary?

Something to keep in mind should one ever be around military ordnance, weapon systems based on multi barrel Gatling designs are so constructed as to fire when the barrel assembly is rotated. It's how they operate.
My guess is that one round got left in the system and somebody manually rotated the barrels to work on them.
No excuse, of course, but understandable given the way those guns operate.

As a former F-16 man myself I'm trying to figure out the easiest way that could happen, less malicious intent.

If you pulled out the safety pin and/or the holdback tool, and had pulled all of the circuit breakers for the weight on wheels switches, you could, theoretically, get a condition where the aircraft would not recognize that it was on the ground and the cannon would be hot. If I remember correctly that is how the weapons guys would ground test the gun.
It will be interesting to see what the investigation finds on this one. At the very least someone is going to be in a bit of trouble over not having the proper safety pins installed.

Four more and he's an ace!

Correction: The mechanic was working with a FORMER colleague.

notice the aircraft jacks next to the carcasses sitting on their bellies. gear up during retraction check, power on, young guy in the cockpit looking at all the shiny switches and little blinky lights wink on and off, got the headsets on, total joe pilot coolness happening.....ya know, this has all happened before. many times before. and once again, someones supervisor is going to jail. trust in that. remember: safety is defined as the state of training of everyone involved.

I'm betting he needed a change of clothes after accidentally discharging a 20mm round, presumably while in close proximity to the barrel as he rotated the barrel assembly... *wincing sympathetically* ouch. Terrifying and painful at the same time!