As regular readers are aware, I've been a fan of Mike Oldfield's music since his first album, Tubular Bells, which came out in 1973.  To date, he's released 26 studio albums, and is a giant in the field of progressive rock and many other genres.  He's also given plenty of attention to more traditional forms.  His 17th album, Voyager, released in 1996, celebrated Celtic music in a wonderful combination of acoustic and orchestral performances.  It remains one of my favorites. 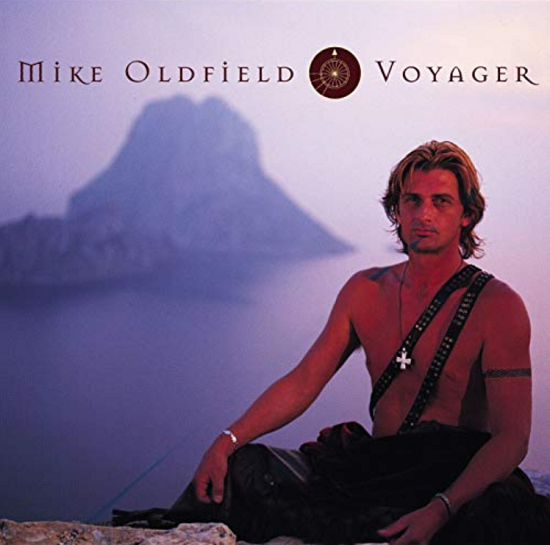 The final track on that album, Mont St. Michel, is a musical homage to the island monastery off the coast of Normandy of the same name. 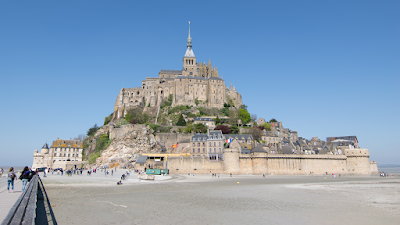 I find it wonderfully evocative of the history and spirituality of the place.  If you've ever visited it, you'll know what I mean.  It's particularly fitting that a Celtic-themed piece should pay tribute to Mont St. Michel, because its first religious inhabitant was an Irish hermit in about the sixth century AD.

I find this track simply beautiful.  I think that Irish hermit would nod approvingly as he listened, and say a prayer.

My wife and stayed overnight at Mont St. Michel some years ago.
We wandered about in the evening after the crowds left and it was ethereal.

Oldfield is a world-class guitarist both on electric and accoustic, but remains almost totally unknown in the US. He's certainly better than the always-overrated Eric Clapton. On the downside, Oldfield has done too many remakes of Tubular Bells- - he seems to be milking the piece like a cash cow at this point.

The first record I ever bought was the LP of Tubular Bells in 73. been following him ever since. The use of it in The Exorcist helped and hurt him in the US. Gave him exposure and was on the radio a lot at the time. But was labeled devil music because of it.

I still vinyl LPs and even the 1st 4 albums in a Quadraphonic boxed set.

I remember a few years ago the Tour de France visited Mont St Michel. Didn’t play any Mike Oldfield music on the broadcast, though.

A good movie to watch that features Mont St. Michel is 'Mindwalk,' with Liv Ullman and Sam Waterston. He plays a US politician who goes there to regroup after losing an election, IIRC. The two of them meet there and have wide-ranging discussions while wandering around.