Definitely - and literally - a crappy promotion


I'm mind-boggled after reading about the latest idea from the good (?) people at Kentucky for Kentucky.  They describe their mission as:

TO ENGAGE AND INFORM THE WORLD BY PROMOTING KENTUCKY PEOPLE, PLACES, AND PRODUCTS. AND TO KICK ASS FOR THE COMMONWEALTH!


Whether or not this accomplishes that mission, I'll leave to you to decide.

These gorgeous nuggets of digested Kentucky bluegrass and whatever else horses eat were daringly harvested by the artist himself, fresh from the haunches of legendary 1997 Kentucky Derby winner Silver Charm at Old Friends Farm in Georgetown, Ky. 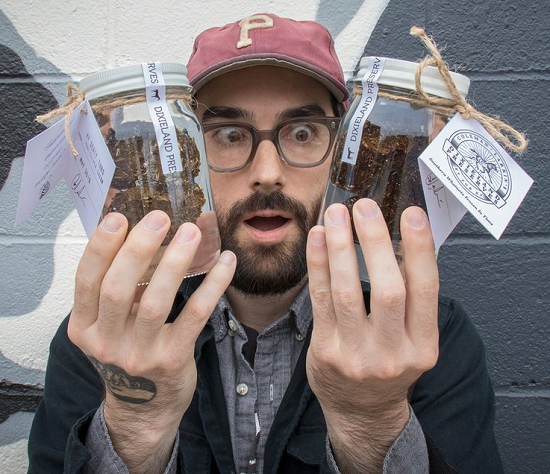 Silver Charm, great-great-grandson of the famed War Admiral, also crapped all over the competition in the 1997 Preakness Stakes and placed at Belmont, narrowly missing the third jewel of the elusive Triple Crown. He is considered one of the Top 100 racehorses of the 20th century and, in 2007, he was inducted into the United States Racing Hall of Fame.

Now you can own a one-of-a-kind piece of Derby lore from this kickass old stud.

A laborious proprietary process sees that each of Silver Charm’s incomparable bowel movements is suspended in crystal clear epoxy resin inside a 16-ounce mason jar with all the care of a Southern mamaw putting up pickled corn for the winter.

“It’s a very long, very ridiculous procedure,” says Larkin. “The most difficult step is probably the one where I have to ask the type of people that own million-dollar Thoroughbreds if I can please have some horse turds to put in jars.”

The end result is a must-have object that blurs the line between art and novelty, built for the ages and to forever blow the minds of even the most jaded curiosity seekers.

“I personally guarantee they’ll last longer than you do,” says Larkin. “Even if I have to kill you myself.”

That's not a "resin encapsulation", that's a resin encrapsulation!  I ask you with tears in my eyes . . . $200 - two hundred dollars! - for a piece of horse pucky in fiberglass resin???  I think that deserves a Doofus Of The Day award for everyone who spends their hard-earned money to buy it.  That doesn't apply to the sellers, though - if they do, indeed, manage to move this, I'll doff my marketing cap to them in sheer respect.  I'll even ring a bell for them . . . dung! dung! dung!

Labels: Animals, Boys and their toys, Business and Commerce, Ewwww, The Mind Boggles, Weird
Email ThisBlogThis!Share to TwitterShare to FacebookShare to Pinterest

One can buy fossilized coprolith (dinosaur poop) on EBay for $10 and up.

What IS it with millenials and this God-awful amazed, wide-eye open mouth for the camera thing? The image suggests a sort of astonishment at things that are not at all astonishing. Poop in a jar! Oh, good heavens HOW? *HOW* did he ever think of such an amazing thing?

I'm sure someone would buy one, but would anyone else?

The Monty Python question: What's brown and sounds like a bell?

Welllllll...Kentuckians do pay $100 to become a Kentucky Colonel. (Might be more now. That was the cost 30 years ago.)

Maybe one day it will have some sort of archaeological forensic value, just like lead lined coffins of centuries ago. Probably not.

It's a lot of money to pay for a joke about the Curated, Artisanal, and Handcrafted trend.

Moose nuggets are a big industry in Alaska; so why not horse turds for Kentucky? :)
Of course the last time I was in Alaska, the moose nuggets were somewhat more reasonably priced. But not a lot.