In a year that marks so many important aviation anniversaries, the month of August has possibly the most significant of them all. For on 25 August 1919, a small British-built biplane took off from heathland close to where London Heathrow is today, beginning the first-ever daily international passenger air service.

While other passenger air services had been flown before, aviation historians point to the Aircraft Transport and Travel (AT&T) operation between Hounslow Heath and Le Bourget as the true beginning of international flights, as it marked the first daily international passenger, mail and passenger service. None of the previous flights had combined all these.

The “airliner” that operated the inaugural flight to Paris was a two-seat Airco DH4A biplane (shown below). 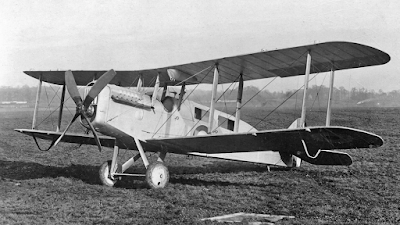 It was powered by a single 375hp Rolls-Royce Eagle engine and flown by a single pilot, seated in an exposed cockpit ahead of the small passenger cabin.

Another UK airline – Handley Page Transport – which had been created in June 1919 by the Cricklewood-based aircraft manufacturer of the same name, also flew its first London-Paris service on 25 August carrying a group of Fleet Street journalists, but regular flights did not begin until the following week. The aircraft used was the much larger Handley Page 0/7 passenger conversion of the 0/400 twin-engined biplane bomber (shown below). 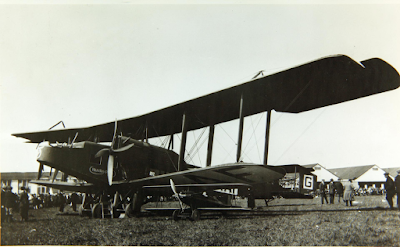 My late father was born just a couple of months later, in October 1919.  He would go on to become an aircraft rigger and fitter with the Royal Air Force during the 1930's, under the Aircraft Apprentice Scheme, and remembered working on DH4's during his training - old, non-flying aircraft used for ground instruction.  He would also travel tens of thousands of miles by air during and after World War II, including the inaugural service of BOAC's Boeing 747 between London and Johannesburg in the early 1970's.  I asked him once how he'd felt, seeing aircraft go from fabric over wood frames in his youth to the aluminum and composite behemoths of his later years.  He just shook his head . . .

People take air travel for granted, I remembered circulating for landing at the land of the mouse several years ago and I saw that we were above the clouds and I commented to the kid and the spousal unit, "50 years ago, this would have been an unusual view for many people and now they take it for granted. I remembered in the 1970's as a kid seeing people wearing their Sunday go to meeting clothes because flying was a big deal."

We have common ground. My dad was an erk too. It was his wartime service in South Africa that lead him, 20 years on, to emigrate. To Kenya in our case. At the time East African Airways still flew DH89 Dragon Rapides as well as DC3s F27s Comets and VC10s. He had engine, airframe, electrical and avionics licenses on every aircraft in their fleet and many others. From wood, linen and dope (DH89) to jet age in a single brain. He went on to add the same for Twin Otter, TriStars and 737s. Not bad for a lad that left school at 14. We had concessionary travel with BOAC and then EAA so were very unusual as a family in taking longhaul holidays in the 60s. Airtravel was really different then. 7 stops between London and Joburg!