"Taghri's Prize" is now available in a print edition


My latest book, "Taghri's Prize", is now available in a paperback edition, as well as an e-book. 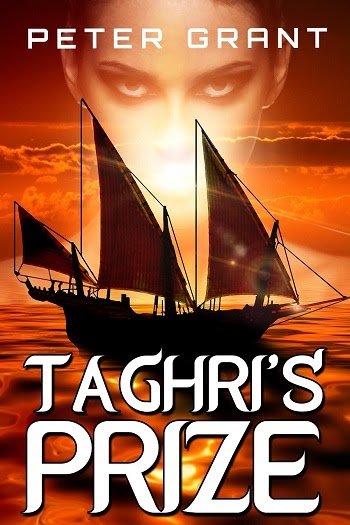 It was not fun getting it ready.  Amazon uploaded my text file, then sent me a template for the right cover size based on page count.  I had my cover designer prepare the print cover to that specification, which he did very precisely;  then I submitted the cover for approval.  It was rejected because its dimensions were wrong - even though they conformed exactly to what Amazon had specified!  That was very frustrating, for both my cover designer and myself.  Fortunately, he was able to adapt the cover to the new requirements, and its second iteration was accepted.

I ordered proof copies before launching the print edition, just to make sure all was in order.  I'm pleased to report they look very good indeed.  When Amazon folded CreateSpace (its former print subsidiary) into its KDP e-book publishing arm last year, initial reports were heard that print quality was not as good as before, with both authors and customers complaining about it.  That seems to be a thing of the past.  The copies I got were clear and crisp, well bound, and properly cut.

Click the link above, or in the sidebar of my blog, to be taken to the book's page on Amazon.com - and stand by for the imminent launch of the third Western novel in my Ames Archives series. 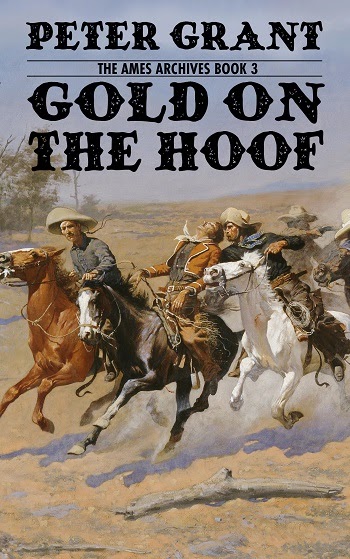 "Gold on the Hoof" will be published later this month.

Thanks for your support!

I served for a time as manager to an author who shall remain nameless. Dorothy knows the story.
But during a two year period we produced eight full length books in both print and e-book format.
The print on demand company we used was Ingram Spark.
Their on-line customer interface is a bit of a dog's breakfast, but they did create a very nice print product.
Digest format in box lots ran us around $6 per book, mass market would have been cheaper, but the author bought the trad pub garbage that digest was what the readers really wanted.
And we found out the hard way that Ingram would be delighted to handle the upload of your e-book to all the major outlets, they just take 30% of the cover and since payment flows through them you wait 90 days for your money. Since all but a handful of sales were Kindle through Amazon we stopped using Ingram for e-book distribution after the first book and just did those ourselves to just Amazon and B&N.

Only two attempts? You got off easy! Seriously, I think it depends on the tech and their mood. I have re-submitted the same dang file and had it accepted after a rejection. They are using, by the way, the same print set-up crew as Createspace. The only thing changed is the name as far as I can tell.

Mr Peter, is there another way to order your books then Amazon? I flatly refuse to enrich bezo in any form.

Bezos unfortunately is a necessary evil for selling books at this time. Amazon makes exclusives very lucrative, and at this time other channels are negligible for volume.

@Cederq: What Ray said. Unfortunately, other outlets are simply not economically viable for me at this time. I'm sorry about that, but that's the way it is right now. If that changes, I may offer my books through other outlets, but right now that doesn't seem likely in the short to medium term.