First, Oleg Volk's beloved cat Gremlin didn't make it after being injured some months ago.  His death left Oleg bereft - they were like two halves of the same coin, they were so close.  (I knew Gremlin very well, having met him almost as soon as he'd adopted Oleg, and taught him [not that he needed much teaching] to chase toes under bedclothes - something for which Oleg graciously forgave me!)  His death left a gaping hole in Oleg's life.  I had a suspicion that those of his friends living closer to him than Miss D. and I would try to fill it for him.  They did. 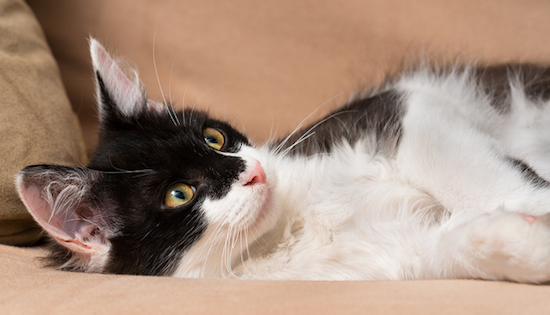 Meet Chapa, Oleg's new companion.  He's still very young, but has apparently wormed his way into Oleg's (and everyone else's) heart without wasting any time.  You can read more about him, and see lots more photographs, at Oleg's blog.  Miss D. and I look forward to meeting him as early as we can manage it.

The other piece of good news concerns a Canadian transgender person who's made all sorts of trouble for a lot of people, including filing multiple lawsuits against beauticians who refused to wax his/her/its nether regions (for which there are abundant and very real medical reasons, but which he/she/it chose to view as discrimination).  I mentioned this person in passing in an article concerning overall moral trends and issues.  I didn't go into details, but provided a link where those interested could find out more.  It's nasty, to put it mildly.

Now we learn that said Canadian individual finally appears to have gone too far, even in a nation so blighted by political correctness.  Follow the links provided in that article for more information.  Personally, I think it couldn't happen to a more appropriate person!

They do say that "what goes around, comes around".  It's generally been my experience that if you try to do good, and spread it around, it will come back to you - as Oleg is now experiencing with Chapa.  In the same way, if you spread evil around, it will in turn find its way back to you, as "Jessica" is now finding out the hard way.  I trust that, in both cases, the lesson will be reinforced.

(I must admit, I had a fit of the giggles while trying to imagine "Jessica" making his/her/its usual demands on a typical north Texas beautician.  I suspect the response would be a good deal more forceful, and a great deal less politically correct, than might be expected in Canada.  I also expect that "Jessica" would not enjoy it at all!  As for filing a lawsuit, imagining a typical north Texas jury hearing the case . . . oh, dear.)

I believe the Texan beautician's response would start with a truly caustic "Bless your heart," and run rapidly downhill from there.

Agree with A Reader, and it would never make it to court. The judge would die laughing as he or she threw it out... Great news on the cat for Oleg!

Just the idea of a "hot wax job" ought to have straightened out his thinking.

I imagine he'd truly be turned into a eunuch.