A couple of Sundays ago I put up a bluegrass/country song titled "Seven Hillsides".  It meant a lot to me, touching as it did on several points near and dear to this retired pastor's heart.  I also admitted in that post that I didn't listen to much music in those genres.

One reader (who wishes to remain anonymous) thought it was time I broadened my horizons.  He'd seen how I've put up Pink Floyd videos in the past, so he sent me a link to a bluegrass version of their album "Dark Side of the Moon".  This is by a northern California group calling themselves Poor Man's Whiskey, and they title their version of the album "Darkside of the Moonshine". 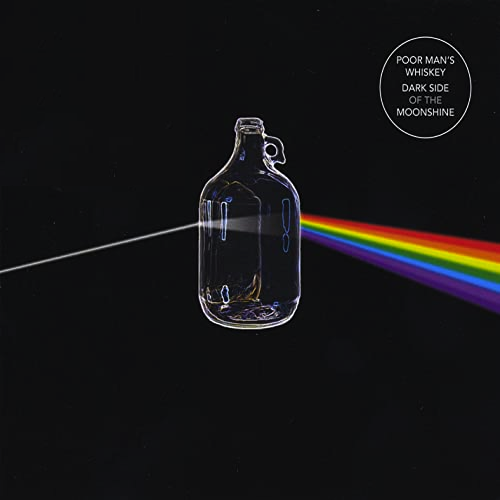 Here's the full album. I found it a lot of fun.

The group has put out several albums.  I'll have to listen to more of their music.

Dread Zeppelin. Reggae versions of Led Zeppelin (and other) songs. The lead singer is an Elvis impersonator. It works, somehow. They have multiple albums, but Un-Led-Ed is probably the best.

+1 for Hayseed Dixie. They're a lot of fun as well.

I'ma LIKIN' this!!!! As Elvis would asy, "Thang ya. Thang ya verruh muuuuuch."