There can only be one choice of music this Sunday.  Veteran Australian rock group AC/DC (formed in 1973, so they've been at it for 47 years) have just released their latest (and 17th studio) album, "Power Up".  It's rocking the music world in their own inimitable style. 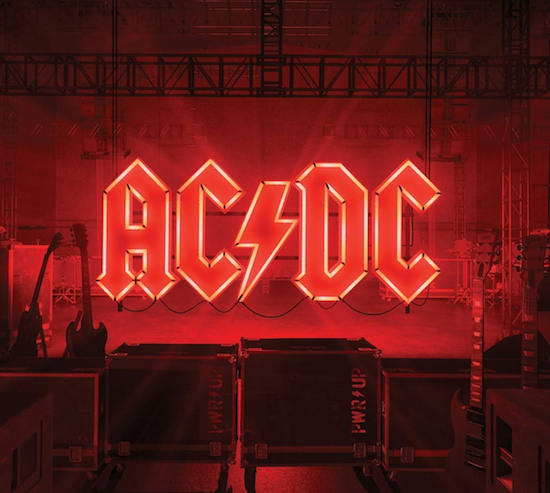 AC/DC is one of the few rock groups that have never moved far from their hard-rocking roots.  They've never been (or become) politically correct, or "sensitive", or ventured into other genres of music.  They've simply thrashed the rock world into submission with a series of outstanding albums and tours, and attracted (and kept) a worldwide fan base in the process.  They're not to everyone's taste, but to rock fans, they're one of the pillars that keeps that part of the music world in balance.

This album is unexpected.  It almost never happened, as the BBC reports.

When AC/DC wrapped up their 88-date Rock Or Bust tour in Philadelphia four years ago, the band's future looked bleak.

Singer Brian Johnson had been replaced by Axl Rose for the last 23 shows, after doctors told him to stop touring or "risk immediate hearing loss". Rhythm guitarist Malcolm Young had retired, and was in the final throes of a battle with dementia. Drummer Phil Rudd had spent most of the previous year under house arrest in New Zealand after being charged with "attempting to procure a murder".

So, as he played the final chord of For Those About To Rock (We Salute You) at the Wells Fargo arena, founding member Angus Young assumed AC/DC were finished as a recording, touring rock band.

Perhaps the record company would suggest a compilation record or a box set, he thought, "but I didn't see another album."

But over the past four years, Young gradually and painstakingly put the band back together. Even Johnson was able to come back, thanks to some pioneering - and secretive - work to restore his hearing.

The result is AC/DC's 17th album, Power Up - an all-guns-blazing, kick-em-in-the-guts rock juggernaut that neither deviates from nor dilutes the band's time-tested formula.

The album is dedicated to Malcolm Young, who died from the effects of dementia in 2017, and the guitarist is credited as a co-writer on every track - just as he had been on every AC/DC track since their 1975 debut High Voltage.

To create the record, Young went back and raided an archive of unreleased songs he'd written with his brother, mostly dating from the writing sessions for 2008's Black Ice.

Here's the lead track from the album, "Shot In The Dark".  (If any of the embedded videos fail to play, I've included a direct link to them on YouTube below the embed window.)

And here's a brief behind-the-scenes video of the group during the recording of the track.

Another track from the album, "Through The Mists Of Time".

There are already a couple of interviews with the group about the new album, also on YouTube.  In this one, Angus Young and Brian Johnson talk to Lyndsey Parker of Yahoo Entertainment about their new album.  In a longer, extended interview, they talk with Zane Lowe of Apple Music.

I won't put up any more tracks from the album.  You'll find them on YouTube, and of course for sale.  For rock fans, this is probably the music event of the year.  For me, at least, it makes the thoroughly lousy year of 2020 a lot more palatable.

To close, let's have a bit of rock nostalgia with the group's 1990 smash hit "Thunderstruck", from their album "The Razor's Edge".  Here's a hard-rockin' live rendition from the River Plate in South America in 2009.

In the song Thunderstruck, where are the girls mentioned in the song from?

One of the absolute pure rock bands whose catalog is part of my regular practice repertoire by express choice.

If they're ever short a drummer, I'm available. I can do about 3/4s of their lifetime catalog, and I'm working on adding Power Up in my spare time. And the best thing about them is that playing by ear, I can pick up an AC/DC song I've never heard before in about one playing, because everything they do is just rock-solid hold-down-the-fort rock and roll.

I blame Ahnuld Schwarzenegger for making them soundtrack-mainstream, and decades before Tony Stark did it in Iron Man 2.

Proof, if you needed it, that AC/DC travels well, and was good enough in any form to melt George McFly's brains just as well as anything from VH.

Chris, they were from Texas.

Next Question: Which Bon Scott song is best for drinking?

@ Chris: "Next Question: Which Bon Scott song is best for drinking?"

Pretty much any of them, so long as you don't go to sleep in a car after.

Sorry, not a fan, but more power to those who enjoy them.