In the midst of all our election craziness, I thought it might be fun to have some equally crazy (but, nevertheless, extremely popular) music.  I refer, of course, to "Bohemian Rhapsody" by British rock group Queen.  Released in 1975 on the group's album "A Night At The Opera", it's become a smash hit over multiple generations. 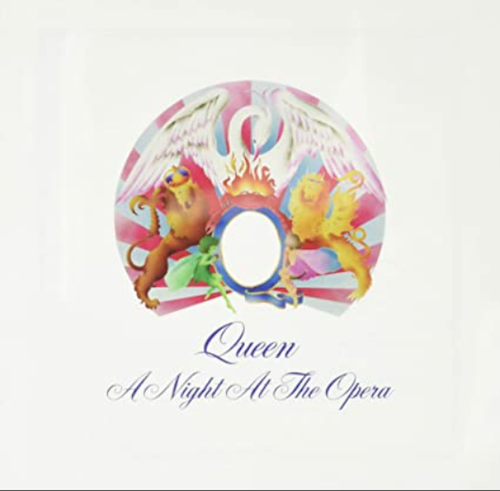 The album was released in November 1975.  How is it possible that was 45 years ago???  I can remember it clearly, and our feeble attempts to warble the words along with Freddie Mercury.  Dang, that makes me feel old . . . !

At any rate, there have been many variations on the theme.  You might even say the song has gone Bohemian!  I thought I'd start with the original, then give you five of the variations (there are more, but five is a manageable number for a Sunday morning).

OK, then. Here we go with Queen's original version, remastered for a digital age.

The first variation is provided by the Indiana University Studio Orchestra, conducted by Nicholas Hersh, with soloist Sarah Harball on viola and Patrick Hunninghake on lead trumpet.

How about a short, sharp "rockgrass" version from Hayseed Dixie?

Here's a 28-trombone collaboration from the 2018 International Trombone Festival.

Here's the song performed in no less than 42 different styles, each for about ten seconds, all strung together in a single piece of music.  Some of them are rather clever.

And, last but most emphatically not least, how could we possibly ignore The Muppets' version of the song?

And there you have it.  Six versions of "Bohemian Rhapsody" to enliven your Sunday morning.  Some of them may not be altogether rhapsodic, but we'll give them the benefit of the doubt!

The movie was amazing. Rami Malek did a fantastic job.

I'm partial to the Muppet version.

Dang good song and the Muppets version was exceedingly clever and to have the song hit the top 40 in different decades was awesome. "We are not worthy".

I love the Muppet version, of course. Besides the real one, it's my favorite.

And the trombone version tried really hard, and executed fairly well. Of course, the instrument just won't allow for the sorts of guitar runs that Brian May was doing (see around 2:45 of that version, for example) -- but they worked around the limitations really well.

And, of course, the overdubs (from "I see a little..." through the final "for me") couldn't really be done live. So, if they were playing indoors (which is where I first saw them), then they'd drop the house lights and play that section prerecorded, with a light show on an empty stage. And, at the final, "for me", the lights would come back on (usually with a lot of splash), and they'd finish it live.

I'm probably describing it clumsily. You can get a better feel if you see https://www.youtube.com/watch?v=vsl3gBVO2k4

Never knew there was a Muppet version... Wow...

A group named "The Petersens" also did a great cover.

Ok, look, I really do appreciate this guy's efforts, but when his 'Ozzy' version had at *least* 5 actual musical notes well I call shenanigans.

Thought these guys did a version, but couldn't find it. Here's another Queen song, though. Lots of great versions on this channel.