I've been chuckling over reports that Turkish peasants suspect a common bird of being used by Israel to spy on their country.  The BBC reports:

Villagers' suspicions were aroused when the bird, a common European bee-eater, was found dead in a field with a metal ring around its leg stamped "Israel". 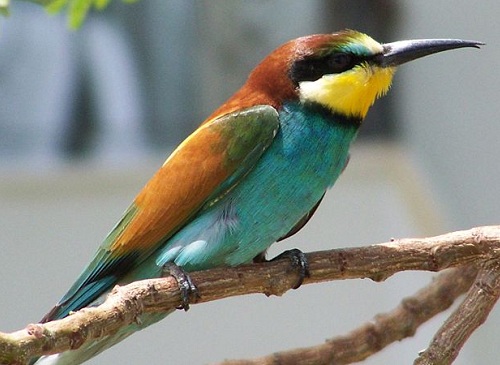 They called the police after deciding its nostrils were unusually large and may have carried a microchip fitted by Israeli intelligence for spying.

The BBC's Jonathan Head, in Istanbul, says the regional office of the Turkish agriculture ministry examined the colourfully plumed corpse and assured residents of the village, near the city of Gaziantep, that it was common practice to fit a ring to migratory birds in order to track their movements.

An official at the ministry told the BBC that it took some effort to persuade local police that the little bee-eater posed no threat to national security.

At one point a counterterrorism unit became involved in the case.

Our correspondent says that wildly implausible conspiracy theories take root easily in Turkey, with alleged Israeli plots among the most widely believed.

Needless to say, the Israeli news media has had a field day with these reports.  I understand that all sorts of jokes are circulating to the effect that Mossad has developed a living version of Angry Birds.  (Personally, I reckon if someone shoved a large microchip up my nose, as those Turkish villagers allege, I'd be a very angry bird indeed!)

[Turkey's] secret services ... were tasked with deciding whether those two enlarged nostrils may have contained an antenna, or other nefarious devices. No crushing evidence has yet emerged. But the skies of Turkey are presently full of circling bee-eaters, and if Yediot Ahronot is to be believed, the whole lot remain under surveillance.