The last vestige of planetary creation?


It looks like NASA's Dawn space probe has uncovered extremely interesting (and useful) information.  (The image of the spacecraft below, and all other photographs, are courtesy of NASA's Dawn mission Web site - click them to be taken to their respective pages there.) 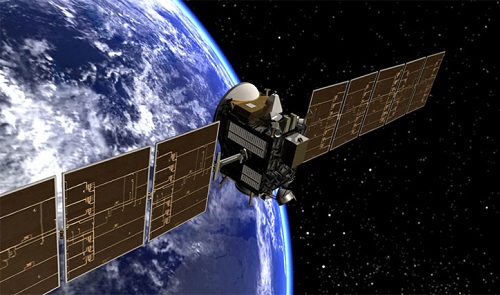 Dawn's goal is to characterize the conditions and processes of the solar system's earliest epoch by investigating in detail two of the largest protoplanets remaining intact since their formations. Ceres and Vesta reside in the extensive zone between Mars and Jupiter together with many other smaller bodies, called the asteroid belt. Each has followed a very different evolutionary path constrained by the diversity of processes that operated during the first few million years of solar system evolution.

Vesta is the only remaining example of the original objects that came together to form the rocky planets, like Earth and Mars, some 4.6 billion years ago.

This assessment is based on data from the Dawn probe which has been orbiting the second largest body in the asteroid belt for the past 10 months.

The findings from the Nasa mission ... confirm that Vesta has a layered interior with a metal-rich core, just as Earth, Mars, Venus and Mercury do.

Using information about the shape of the asteroid and its gravity field, scientists can even say something about the likely size of this core.

The Dawn team calculates it to be about 220km (135 miles) across, representing about 40% of the radius of Vesta, or roughly 18% of its total mass.

"It's transformed Vesta from a fuzzy orb into a planetary body, which has exceeded our expectations in many ways."

Dawn has studied in detail the pattern of minerals exposed in Vesta's surface by innumerable impacts through the eons. It has also mapped the diverse geological features that shape its surface. 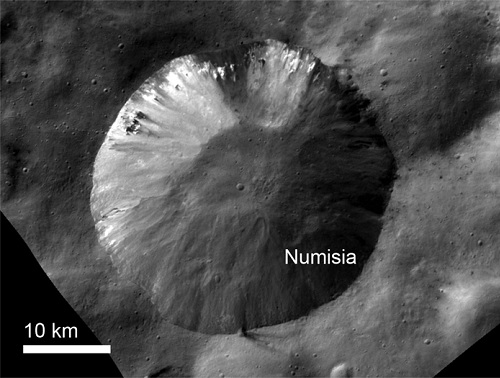 These observations have enabled scientists to elucidate a history for the colossal rock, which is second in size only to Ceres in the band of material moving between Mars and Jupiter.

The researchers believe Vesta formed within two million years of the first solids coming together in the Solar System, before the planets we know today were assembled.

This melting would have led to differentiation, to denser materials like iron falling to the asteroid's centre.

Other such bodies in the infant Solar System with magma oceans ended up becoming parts of Earth and the other planets. Somehow, Vesta did not; somehow, it survived obliteration in the cascade of impacts that would have marked those early times. 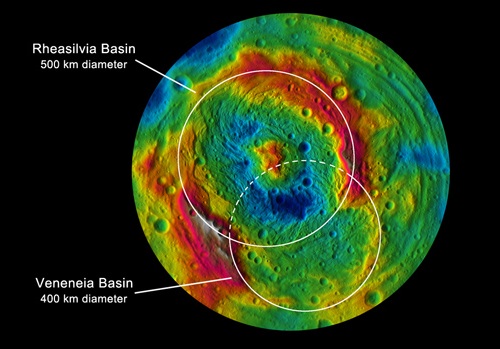 Nothing telescopes see today in the asteroid belt quite matches what Dawn has seen at Vesta, suggesting the mighty rock is a unique hangover.


There's much more at the link, and also at NASA's Dawn mission Web site.  Both are highly recommended reading.