Electronic warfare on a shoestring


The US Navy is preparing to spend hundreds of millions of dollars to develop its Next Generation Jammer (NGJ).  The final total, including procurement, will likely run well into the billions.  Flight Global reports:

... the USN is focusing on getting the NGJ developed and fielded onto the Boeing EA-18G Growler (shown below) by 2020. 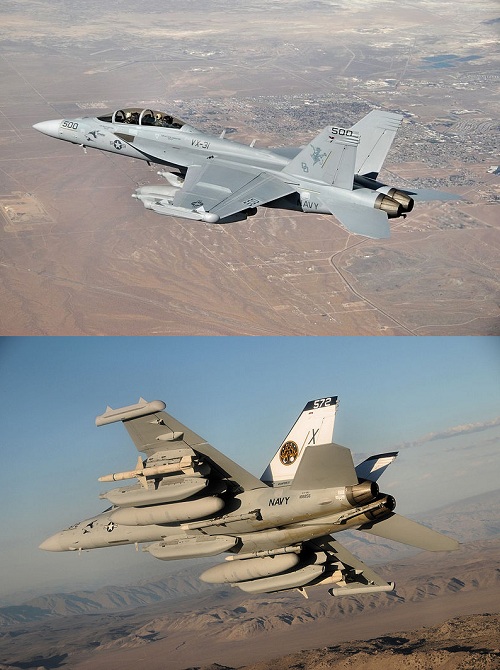 The service expects the EA-18G will be in service until at least the mid-2030s. The NGJ is expected to replace the current AN/ALQ-99 jamming pods found on the Growler and the aging Northrop Grumman EA-6B Prowler.

The USN is currently undertaking a 33-month technology maturation effort with contracts issued to four companies: BAE Systems, ITT Exelis, Raytheon, and Northrop Grumman. But that phase is coming to a close and a full-scale prototype effort will soon be underway.

The technology demonstration contract will run for 22 months from June 2013 to about April or May of 2015 ... After that, the effort will transition into a "sole-source" engineering, manufacturing, development (EMD) phase. That EMD contract will cover integration of the NGJ into the EA-18G in addition to the traditional milestones of critical design review (CDR) and building developmental test articles.

The EMD phase should run for about four years through 2019 ... The programme will then go into operational test late in 2019 or early 2020. Initial operational capability should happen in 2020.

The US Department of Defense (DoD) is looking at alternative ways of conducting the electronic warfare mission. One of those might involve dispersed pieces of the NGJ pods flying on unmanned aircraft or other platforms which are commanded via data-links ... Those dispersed jamming pods could be controlled from the ground or potentially from a Growler.

However, the US Marine Corps are 'doing more with less' (as they have done for generations), and have developed their own solution to an immediate electronic warfare need - a solution that looks as if it might be scalable to do the job of the NGJ at a very much lower cost.  The Marine Corps Times reported last year:

It doesn’t take a multibillion-dollar defense contract to design and build a state-of-the-art airborne electronic attack pod. The Marine Corps has developed its own.

The new Intrepid Tiger II communications intelligence and jamming pod will undergo a “quick look” assessment in early October on an AV-8B Harrier. If all goes as planned, it will deploy to Afghanistan by Thanksgiving.

Long-term, Marine officials said they expect to see this technology used on Huey and Cobra helicopters, unmanned systems, and other platforms. The guts of the system have already been repackaged and tested on RQ-7 Shadow unmanned aircraft, Schuette said.

Intrepid Tiger II has a open architecture, is fully reprogrammable and can operate over a far greater frequency range ...

The pod also can be networked to form a distributed electronic attack “systems of systems,” meaning it can work in tandem with other pods to cover different frequencies and form a cohesive means to tackle multiple threats.

It can be controlled by a pilot or by Marine ground forces.

There haven't been any follow-up reports about the Intrepid Tiger II system.  I take that to mean that it's being deployed, and the Marines don't want the enemy hearing any more about it.  (Believe me, if it had failed, we'd have heard about it by now!)

I'll laugh out loud if it turns out that the Marines have scooped the Navy on developing an effective, economical modular electronic warfare system.  After all, they scooped the Army by developing the Assault Breacher Vehicle, and did it so well that the Army ended up buying almost two hundred of them rather than develop its own version!

Apples and oranges, Peter. Intrepid Tiger is meant to be a low-power (ie, short range) jammer to counter IED triggers and enemy comms. The larger systems such as EA-6B ICAP and EA-18G feature can do far more. Like projecting high-power ECM to protect an entire attack formation against IADS threats. Not that I mind a little praise directed at the quick-reaction low-cost capability that the Marine Corps developed.