That's a heck of a lens!


I ran across a report in the British Journal of Photography about what's probably one of the rarest (and certainly most expensive) lenses in recent photographic history.  It's the widest-angle fisheye lens ever made.

First introduced in 1970 at the Photokina trade show in Cologne, Germany, the Fisheye-Nikkor 6mm f/2.8 lens offers an angle of view of 220º making it, at the time, the "world's most extreme wide-angle lens to cover an image area of 24x36mm". 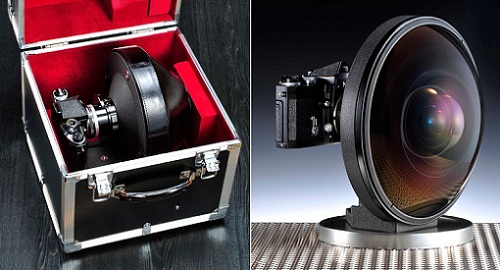 Lens production started in March 1972, and was only made available to special order, says Gray Levett, a co-founder of Gray's of Westminster. He and Tony Hurst spend "six month on the trail of this lens and finally located it overseas," he says. "We were fortunate in securing it and it is now on sale for £100,000."


There's more at the link.  Here's what the store, Gray's of Westminster, looks like through the lens. 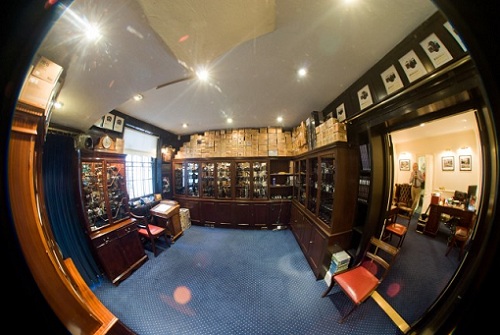 Here's a clip posted by Gray's showing the lens in greater detail, including video shot through it by a modern digital SLR.

Not a huge fan of fish-eye lenses...and this one can't be even mounted on modern DSLRs without some modifications. My wishes are much more modest...300/2.8 at mere $7K.

If I had that thing I would manage to scratch it in 10 minutes. I once destroyed a fisheye lens by absentmindedly allowing it to swing away from me on the camera and collide with a nice granite boulder. The sound it made as thick glass crunched up against solid granite will never be forgotten.