Informal intelligence in an irregular war


The Massachusetts Institute of Technology's magazine Technology Review has a fascinating article about how 'informal' intelligence sources helped NATO and local forces during the conflict in Libya last year.  Here's an excerpt.

After weeks of skirmishes in the Nafusa Mountains southwest of Tripoli, Sifaw Twawa and his brigade of freedom fighters are at a standstill. It's a mid-April night in 2011, and Twawa's men are frightened. Lightly armed and hidden only by trees, they are a stone's throw from one of four Grad 122-millimeter multiple-rocket launchers laying down a barrage on Yefren, their besieged hometown. These weapons can fire up to 40 unguided rockets in 20 seconds. Each round carries a high-­explosive fragmentation warhead weighing 40 pounds. They urgently need to know how to deal with this, or they will have to pull back. 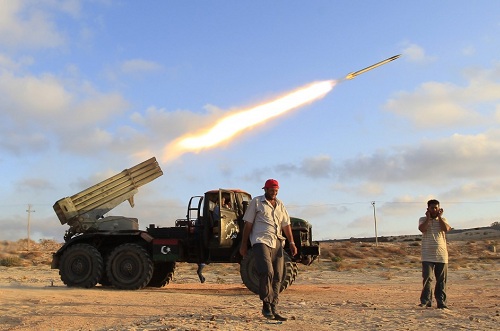 Twawa's cell phone rings. Two friends are on the line, via a Skype conference call. Nureddin Ashammakhi is in Finland, where he heads a research team developing biomaterials technology, and Khalid Hatashe, a medical doctor, is in the United Kingdom. The Qaddafi regime trained Hatashe on Grads during his compulsory military service. He explains that Twawa's katiba—brigade—is well short of the Grad's minimum range: at this distance, any rockets fired would shoot past them. Hatashe adds that the launcher can be triggered from several hundred feet away using an electric cable, so the enemy may not be in or near the launch vehicle. Twawa's men successfully attack the Grad—all because two civilians briefed their leader, over Skype, in a battlefield a continent away.

Indeed, civilians have "rushed the field," says David Kilcullen, author of The Accidental Guerrilla, a renowned expert on counterinsurgency and a former special advisor to General David Petraeus during the Iraq War. Their communications can now directly affect a military operation's dynamics. "Information networks," he says, "will define the future of conflicts."

Some information warriors set up their own operations. For Rida Benfayed, an orthopedic surgeon then based in Denver, getting online was the first priority when he reached his hometown of Tobruk, 290 miles east of Benghazi. Benfayed got hold of the city's only two-way satellite Internet connection and started accepting hundreds of requests to connect on Skype. He organized his contacts into six categories: English media, Arabic media, medical, ground information, politicians, and intelligence. His contacts included ambassadors and doctors, journalists and freedom fighters. A source of high-grade military intelligence soon turned his ad hoc operation into a control room.

Someone who claimed to be a retired European intelligence officer contacted Stephanie Lamy. The detailed intelligence he sent appeared authentic: it included the number, location, and movements of Qaddafi's troops and heavy weapons. There were even updates as the regime's long armored column approached Benghazi. 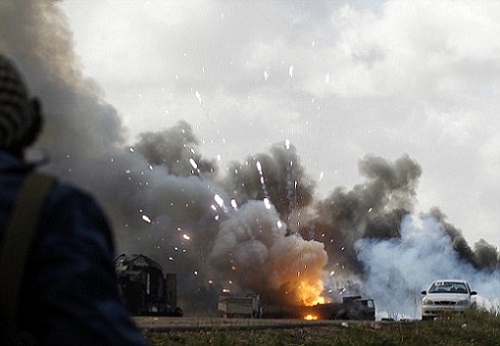 Lamy passed the intelligence on to Benfayed, who shared it with Mustafa Abdul Jalil, the Libyan justice minister who had defected to become chair of the National Transitional Council (NTC) and the opposition's de facto leader. (Today, he is the official leader of Libya's interim government.)

For a few weeks during the period before NATO recognized the NTC, and before the source disappeared as suddenly as he had surfaced, he was a mother lode of military intelligence. He revealed that the regime's standard operating procedure was to cut an area's cell-phone coverage three days before an attack; suggested strategic plans to protect Benghazi if the U.N. Security Council didn't act; and explained how and where to attack the regime's tanks. With Jalil's blessing, Benfayed set up ground information links with the front lines and expanded his team to around 30 people, including opposition army, navy, and air force officers; internal and foreign media liaisons; and medical and IT specialists. The room was soon taking in so much live local information that one delighted visitor said, "It's just like Al Jazeera!"

When the opposition smuggled weapons and humanitarian aid into Misrata's port, which was being heavily shelled by the regime, Benfayed gave NATO the time of the run, and the size and name of each boat, to reduce the chance of friendly fire. Benfayed ran his control room until he was confident he had directly linked NATO to the key leaders in each of his networks.

Engineers hacked new weapons — including a remote-controlled machine gun mounted on a children's toy — and adapted technology on the fly. Laptops, Google Earth on CD-ROMs, and iPhone compasses gave the freedom fighters range. After a rocket was fired, a spotter confirmed the hit, reporting that it had landed, for example, "30 yards from the restaurant." They then calculated the precise distance on Google Earth and used the compass, along with angle and distance tables, to make adjustments.


There's much more at the link.  It's very interesting to read how the Internet and private communications managed to do a job that until recently would have taxed the resources of a major power's military intelligence community.  It's also very worrying, because precisely the same resources are now at the disposal of terrorism (including Al Qaeda) and organized crime (including the drug cartels in Mexico).  I daresay that's receiving attention from more than a few US law enforcement agencies right now . . .

Amazing the amount of information that we can leverage now. Terrifying the uses this information can be used for.

Thanks for this great info!