A fascinating example of an interactive book


I've had one book published (almost 30 years ago, and long out of print), plus several dozen magazine articles (and this blog, of course);  but they've all been in the 'traditional' style of words set in type.  Vintage Wings of Canada brings us the news of an interactive book that's available only on the iPad platform at present.

Aviator, author and photographer Ian Coristine is one of the rare aviators with an ability to capture and share the magical, spiritual and often surreal benefits of a life spent soaring with the eagles.

Coristine has been an aviator for the past forty years, converting a truncated auto racing career into a new-found passion for gliding - soundlessly, motorlessly, effortlessly reaching for and living among the invisible currents of  moving air. Coristine would cross over from gliders into the weakly-powered, experimental world that was the seminal years of ultralight flying in Canada. Spinning out of this newly found ability to fly under power and under $20,000, Coristine opened the first ultralight school in Canada, and became the Canadian distributor for the now-ubiquitous Quad City Challenger II ultralight  - the tiny, unsophisticated, empowering home built aircraft that changed the face of general and recreational flying in this country. 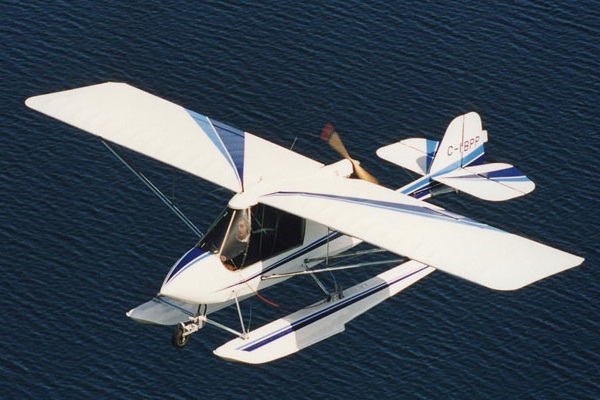 As was his passion, Coristine would from time to time round up a few of his flying friends and together they would set out on a flying adventure with no plan other than to follow a river, a road or a vee of Canada geese, allowing whim and serendipity to light their way. On one such trip, the aviators found themselves flying along the St. Lawrence river heading west and towards the historic city of Brockville, with the sun at their backs. What transpired next, would alter the course of his life for ever more.

The sparkling beauty of the region known as the Thousand Islands, with its flagged pines, its rocky islands pushing their bleached backs up out of the water to warm in the sun, and its fabulous island mansions caught his imagination like no other place he had eve been to. 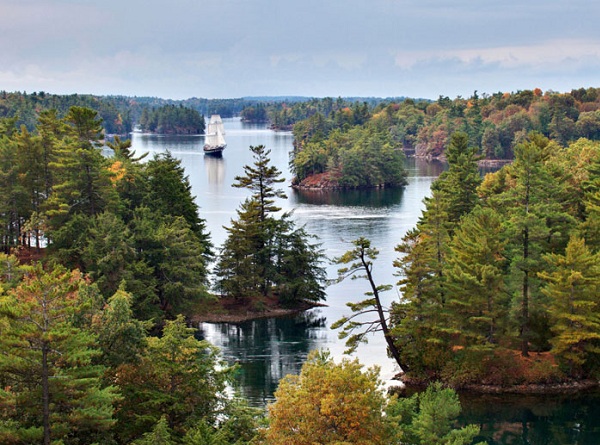 After several visits to explore the endless bays, beaches, lighthouses and castles, he found an island which, with some fiscal stretching, he acquired as his own insular fiefdom – an island paradise called Raleigh Island that offered everything from radiant sunsets to Aboriginal provenance to float plane shelter. From that point on, all his days, all his nights, all his vexation and jubilation, all his aerial adventures, all his creative release led him to the inevitability that is the e-book called One in a Thousand. 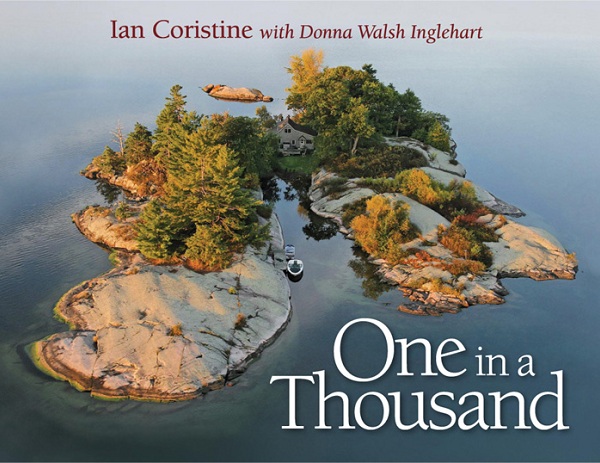 Coristine's new book is far more complex and layered than just another story about an aviator, but this is the way you are drawn to his story and to his island.


There's more at the link, including many more photographs (some of them spectacularly beautiful).  Here's a video introduction to the interactive book.


There's also a video tutorial on how to use this 'book' on the iPad, and another 'behind-the-scenes' video about the author's journey of flight through the Thousand Islands region.

I don't own an iPad, but this book - which is actually an iPad 'app';  I think it would be more appropriately described as an 'interactive experience', because the term 'book' doesn't fully convey its impact - is almost enough to make me buy one!  I hope it'll be released for other platforms in due course, like Android tablets.  I think it deserves a wider circulation than only among Apple fanbois!  It's a very good example of how publishing is changing by the day under the impact of technology.

I was there earlier this week, and always enjoy it.