Hearty congratulations to SpaceX on the successful return of its Dragon space capsule from its rendezvous with the International Space Station.  The capsule splashed down in the Pacific Ocean off Mexico's Baja Peninsula today. 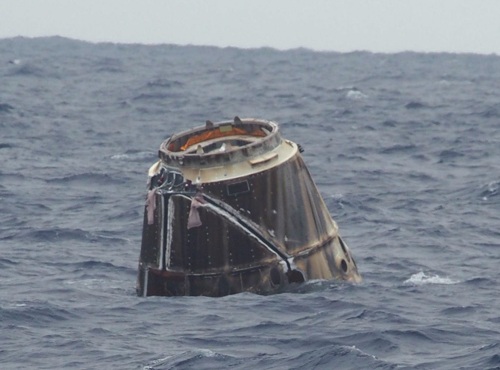 This marks the first time a private spacecraft has left the earth, rendezvoused with another spacecraft, and returned safely.  I think it's also the future of space exploration, as governments will be increasingly strapped for cash and will no longer be able to afford the modern equivalent of an Apollo program.  Asteroid mining, possible colonization of other planets in our solar system, and in the longer term expeditions to other stars, are much more likely to happen under the impetus of the profit motive than by competing with entitlement programs (which buy votes) for state support.

I'll look forward to the first manned Dragon mission, and be watching other private space ventures with great interest.  I doubt whether I'll be able to get into space before I die, for health reasons as much as financial . . . but damn, I wish I could!  This is exciting stuff!

I would like to know what the cost of this venture is compared to a NASA mission? I'm willing to bet it was more cost efficent

Like you I would love to go to outer space.But I will not for the same reasons as you.