I was very pleased to read about the win (on handicap or corrected time) of the yawl Dorade in this year's Transpacific Yacht Race from San Pedro, California to Honolulu, Hawaii.  The amazing thing about this victory is that Dorade first won the race in 1930! 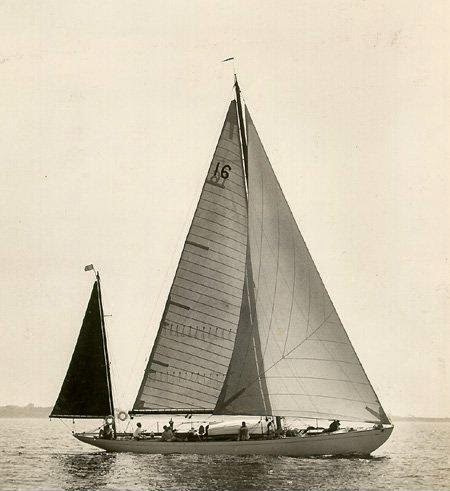 Dorade in 1931 (image courtesy of Wikipedia)


She was raced throughout the 1930's, competing very successfully against major racing yachts of that era, and continued her success in more limited competitions during the post-war years.  She was completely restored in Italy in 1997. 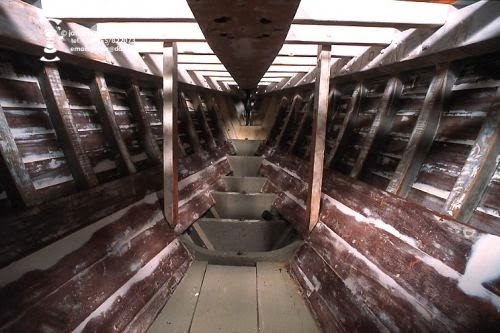 Interior of Dorade's bow during restoration (image courtesy of the shipyard)


It's amazing to see a race-winning yacht of the 1930's successfully competing against much more modern vessels that use the latest space-age materials to save weight and improve performance.  According to the New York Yacht Club:

On July 20, after 12 days and 5 hours at sea, Dorade crossed the finish line off Diamond Head.

“We thought if we could match Dorade's 1936 record of 13 days that would be absolutely fantastic,” said Brooks. “We actually beat that record by more than a day. To do what we've done exceeded all our expectations.”

According to a Transpac press release, she turned in an average speed of 7.8 knots, which was 8.1 percent faster than her performance in 1936, and also hit a lifetime record speed of 15.9 knots.

As more boats finished, however, it slowly became apparent that not only had Dorade set a new personal record for the course from Los Angeles to Hawaii, she’d also set a pretty tough corrected-time benchmark for the rest of the fleet. On Monday, July 22, it was finally confirmed, the oldest boat in the 2013 Transpac was also the overall winner, taking home the King Kalakaua Trophy as the fastest boat on corrected time.

Here's footage of Dorade filmed during the race.  She makes a very pretty sight.

Congratulations to her owner and crew on a spectacular performance.  You can find out more at the ship's Web site.

Related trivia - the sailboat on the Canadian dime is the Bluenose, a famous cod schooner and racing boat. I like sailboats. If I write any more books after the one I'm finishing now (a space-western), there good chance I'll have an installment with a sailboat as a major part of the story. Yup, sailboats and space ships. Kind of like planet killers following a swords-and-sandals battle in the current one.

Outstanding! And congrats to the crew for making the old girl a champion again!!!

I was fortunate enough to crew from Tahiti to Hawaii via Tuamotus and Marquesas on a very similar 72' yawl "Criterion" in 1963. That boat was incredibly well balanced and a delight to sail. I got her up to indicated 15kt on a couple of waves - a real kick in the butt for sure.. The ultralight raceboats may go faster, but they have no class.
I liked the yawl rig so much I put one on my own boat.

Dorade is famous for many reasons, but she is immortalized for the Dorade Box, still the best answer to that problem.

Though I have a preference for a smaller boat, something that I could handle myself.