Color me happy!  Less than a week after launching the second novel in my science fiction series, I'm delighted to find that it's moved right up Amazon's "Hot New Releases" lists in my three genres in the Kindle Store.  It's already doing better than my first novel - which did pretty well in its own right, and is still selling well.

As of ten minutes ago, in Space Opera Science Fiction:

And across all genres of Science Fiction:

Yes, that's third, fifth and ninth positions respectively - top ten ranking in all three lists, after less than a week on the market!!!  The lists change from hour to hour, of course, so my book will move up and down them depending on recent purchases;  but making it that high at all, even if it lasts only a short time, is a very satisfying achievement in itself.

Thank you all very, very much for your support.  You've helped me get both my books onto those lists with your early purchases, where it could attract the attention of a whole lot more potential readers.  I truly couldn't have achieved this success without you all, and I'm deeply grateful to you.

I think I'll go and make a celebratory cup of tea. 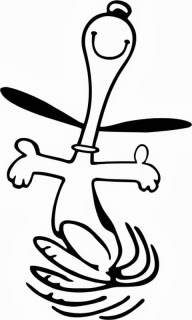 Labels: Books, Business and Commerce, Me me me, Thank You, Warm Fuzzy Happy Stuff, Writing
Email ThisBlogThis!Share to TwitterShare to FacebookShare to Pinterest

Don't dilly-dally too long with that cup of tea, sequel please!

Congratulations! You deserve the success as both books are "cracking good yarns". Keep up the good work.

It's a ripping yarn, eh what?

Srsly, it's a fantastic follow-up. Congratulations on the success!

Couldn't have happened to a nicer guy or better writer.

And yes, I'm chomping at the bit for the next installment.

I bought both just a couple days ago and immediately devoured them.

And yes, more tea...the caffeine will keep you awake and working on #3!

Haven't had a chance to finish the second one yet, but great so far.

Seriously, Peter, they're great yarns and you deserve the ranking.

Congratulations! You deserve it!

And another one sold!

Just bought both, haven't kept up with your blog, but that's gonna change!