Rolls-Royce gets its wookie on


I greatly enjoyed reading about the Rolls-Royce 2013 Centenary Alpine Trial, which ended earlier this month.  The event traversed much of Europe, following the trail of the 1913 Alpine Trial event. 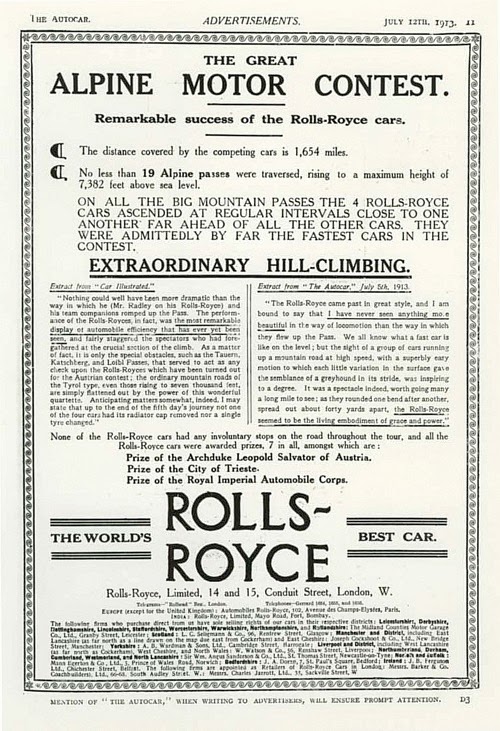 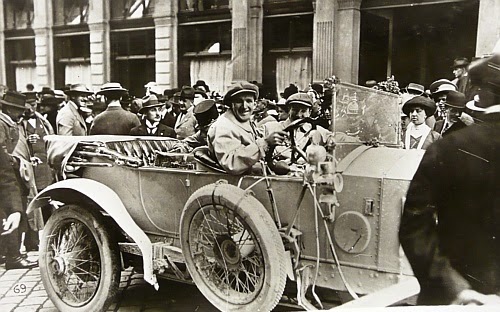 After 16 days and more than 1,800 miles, the 2013 Centenary Alpine Trial has now drawn to a close. The sight of 47 magnificent Silver Ghosts wafting their way through the Alps, accompanied by the Rolls-Royce Motor Cars ‘Works Team’, will live in the memories of those that saw the marvel at first hand for many years to come. 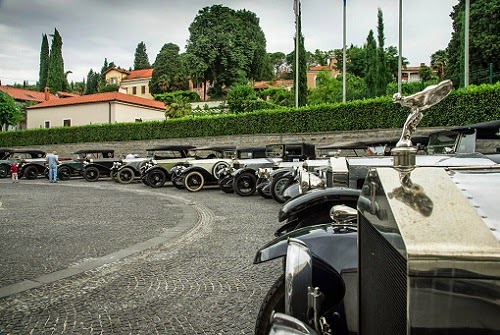 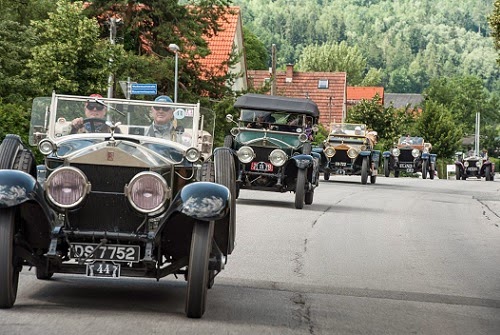 History was brought to life by the intrepid owners as they piloted their machines with consummate skill up challenging Alpine passes and across the borders of five countries, before emerging in Vienna just as the original competitors did exactly 100 years before. The 2013 Centenary Alpine Trial was also graced with British Royalty, Lords and Ladies, Ambassadors and participants from 12 countries as far flung as Australia and the United States.

Here's a short video clip of the cars in Riva del Garda, Italy.  There's footage of them on the road starting at about 2m. 25sec.

Rolls-Royce released a limited edition of its current Ghost model to commemorate the centenary.  The Telegraph reports:

Rolls-Royce is also celebrating the Trial with a run of 35 limited-edition 2013 Ghosts in a rather sudden blue inspired by the paintwork of their century-old ancestor. 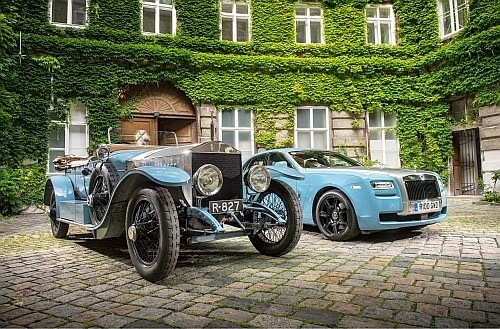 The rather clumsily named Rolls-Royce Centenary Alpine Trial Collection Ghost flaunts fashionable with black wheels, a black radiator grille infill and handpainted coachlines to produce a car of striking demeanour and sufficient appeal to have seen all 35 examples sell out at £250,000 [about US $384,700] apiece.

This blue-bodied Ghost also ushers in some modest upgrades for Rolls-Royce’s smaller saloon, including upgrades for the infotainment, stereo and nightvision systems. Particularly ingenious is a gearbox whose activities are satellite navigation-controlled, to select the ideal ratio for the terrain.

I'd have loved to be able to participate.  Talk about elegance on wheels!

Beautiful machines, from the Golden Age, where you could actually tell them apart...