While searching for information about repairing a tool yesterday, I happened to wonder idly what were the largest ball-bearings ever made.  A bit of searching brought me the answer.

The Benicia–Martinez Bridge in San Francisco is a triple span affair, with two bridges for traffic in and out of the city and an older railway bridge between them.  The bridges were built at different times, using different then-current state-of-the-art engineering.  In the early 2000's, while the newest road bridge was under construction, it was decided to upgrade the older road bridge to be more earthquake-resistant.  This included replacing the old bearings (shown below), that allowed limited fore-and-aft mobility to the bridge girders during an earthquake (in other words, they could move along the line of the bridge to a limited extent across the rollers, but not sideways).  Note the white safety hat for scale. 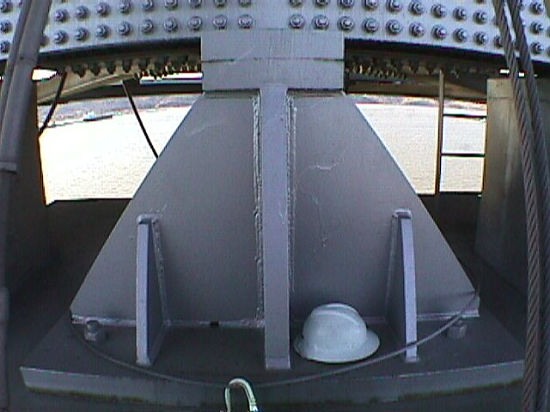 The old bearings were replaced by what are considered to be the largest ball bearings in civil construction, a 12-foot-diameter disk with a mammoth ball in the center (shown below with a man kneeling next to the ball for scale).  These allow the bridge structure to move in any direction (not just fore-and-aft).  A man is shown kneeling next to the ball;  compare his white safety hat to that in the above picture for a direct size comparison between the old and new bearings. 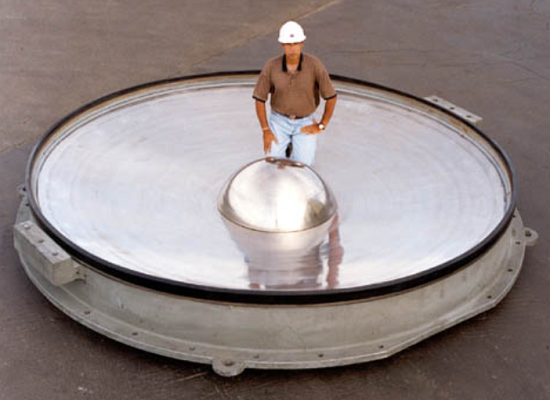 And, when earthquakes hit, these magnificent bearings can allow for up to six feet of horizontal movement with little to no structural displacement. That’s unparalleled.

Making the bridges durable and safe during seismic activity cost around $122 million. Now the bridges are complete with a seismic monitoring system, seismic isolation bearings, steel joints, and expansion hinges.


Big balls indeed!  They must have taken a lot of time and trouble to machine correctly (much less the construction headache of putting them in place under the existing bridge, then have them take the strain of all that weight).

I wonder whether any of the recent bridge construction in China has used larger bearings?  It would be interesting to find out.

On to impressive fail - Berlin built an airport that was supposed to open 12 years ago. It will likely be bulldozed in a few years without ever being opened. Multiple failures. https://www.reddit.com/r/videos/duplicates/bh9qax/why_berlins_15_yearold_airport_has_never_had_a/

6' ?? Unless there have been some other serious modifications at other points, I don't see how it can remain usable with that much movement in any direction.

Also, lots of runs in the paint on that bearing shoe.

I doubt China has used anything bigger; most of the country isn't in earthquake areas, and from what I've seen they don't plan to that extent, or if they do they use cheaper simpler methods, such a flexible suspension bridges.