"How do you build a city for a pandemic?"


That's the question the BBC asks in an intriguing article examining how the size, structure, layout and systems of our cities may contribute to the spread of disease, and how they might be changed to prevent that.  It's a long article, and has a lot of "green" propaganda in it, but it also has some interesting suggestions.  Here are a few excerpts.

Modern cities weren’t designed to cope with life during a pandemic, and this upside-down way of living has turned them into “a disorganised array of disconnected bedrooms and studios”, says Lydia Kallipoliti, assistant professor of architecture at The Cooper Union in New York. This layout might have made sense when cities were internationally connected hubs filled with millions of people working, commuting, sightseeing, drinking, dancing and hugging one another without a second thought. But that world seems a long way off now.

The 21st Century has so far seen Sars, Mers, Ebola, bird flu, swine flu and now Covid-19. If we have indeed entered an era of pandemics, how might we design the cities of tomorrow so that the outdoors doesn’t become a no-go zone, but remains a safe and habitable space?

So making different use of our current spaces, implementing further sanitation and transitioning toward more room for pedestrians are all going to be key features in a pandemic-resilient city of the future.
But one of the biggest changes to our cities won’t be so visible as a fancy new building or a big new park, according to Davina Jackson, author of Data cities: How satellites are transforming architecture and design. 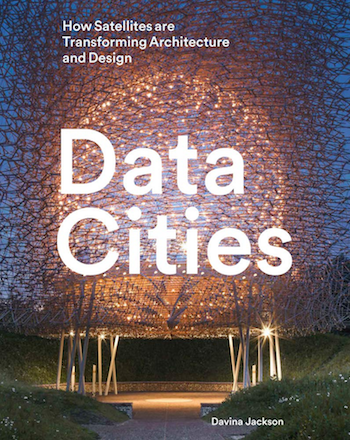 “Cities of the future are going to have to be designed to deal with completely invisible flows [like a global virus], and that’s where the data mapping comes in.”

She gives an example which brings us back to the urban gut of a city: researchers at the Senseable City Lab at MIT placed sensors into sewers to detect concentrations of illegal drugs and harmful bacteria in specific areas. A city built for a pandemic would likely be filled with hidden sensors to help map the spread of disease.

Another important aspect in building a city resilient to pandemics is thinking about how to source food ... She suggests that to reduce risk, our cities may need to become more localised and self-sufficient in the future. “If you had a city, for example, that could feed itself ... It’s not like each place has to be an island, but that there’s some kind of sense of balance and sustainability that you can see within your own settlement.”

There are already examples of urban farming feeding millions when there is little other choice. During World War Two Americans planted 20 million household vegetable plots, producing nine million lbs of produce each year and amounting to 44% of the US harvest, but the challenge of building a self-sufficient city is still a huge one.

Our homes will need to change too. In an effort to make them more energy and heat efficient, many workspaces, flats and apartment blocks don’t have operable windows. But if we are to going to be spending more time indoors, our houses will need to be better ventilated and offer more light, according to the Irwin S. Chanin School of Architecture’s Kallipoliti. She describes the need to avoid something called “sick building syndrome”, which is what happens “when buildings [are] entirely sealed and start recirculating pathogens through their systems”.

I think a large part of the solution may be a greater emphasis on working from home or in regional centers, as we discussed yesterday.  If jobs can be done without requiring people to be concentrated in big cities and city centers, I think a lot of people will jump at the chance to move to smaller towns with a lower cost of living and better quality of life, and telecommute to their jobs from there.  That might be inimical to the "green city" advocates, who want everyone to occupy minimal space, use public rather than private transport, and be "less of a burden on nature" . . . but it'll be very practical.

The bottom line is, who PAYS for all this???

Who decides this? What you are talking about is a system where a government official says: "You must build a grocery store here."

The free market builds grocery stores were people buy groceries. What happens when the "plan" says put a grocery here, and it doesn't have enough business to remain open?

You could have truncated this sentence to "Modern cities weren’t designed".

Cities aren't designed. Not real ones, anyway. Potemkin villages and empty showcase-cities in South China. Real cities just sort of pile up as people crowd into an area and do their thing. After everyone has piled in, it becomes impossible to rearrange things on any grand scale, since that involves disrupting the lives of everyone.

al gore had his depopulation theroy right....bass ackwards but right.

gore wanted to depopulate the center of the country and move everybody to megalopolusas on the coasts.
after covid-19, i would suggest we depopulate the cities into much smaller and seperated units,,,,
no city over 25000, and no less than 5 miles between populationj centers. manufacturing breaks down into small decentralized sub unit plants and one or two final assembly plants.

Decentralization posits endless energy. Which we barely had before the Kung Flu [problem, and won't have afterwards again, probably for years.

And it also isn't any more pandemic resistant.
Witness Ebola in West Africa, which simply wiped out small villages.

We could fit the entire country into Texas with a moderate suburban population density, but we're not going to do that. And pushing any number of people out of cities will only make current rural areas and small towns into mini-hellholes, thus defeating the purpose.

It would help if the Left would stop seeing cities as vote plantations, and focused city planning efforts on making the cities we already have better, rather than trying to force people out of them and into centrally-planned disasters.

It is a prototype urban hive, apartments stacked next to each other and between other buildings. The two things that strike me the most about the site after visting in person are:
- No room for non-participants/non-workers
- No separation possible so an incubator/accelerator for the next epidemic disease

Population is in natural decline in the developed world except for immigration.

Expelling non nationals, banning cheap labor and future immigration and just simply waiting will settle most of our problems.

Our1.6-1.8 total fertility rate is a godsend for anyone whose model aren't completely growth dependent.