I had to laugh at some of the reactions to this tweeted photograph of flotation bags for AH-64 Apache attack helicopters in British service. 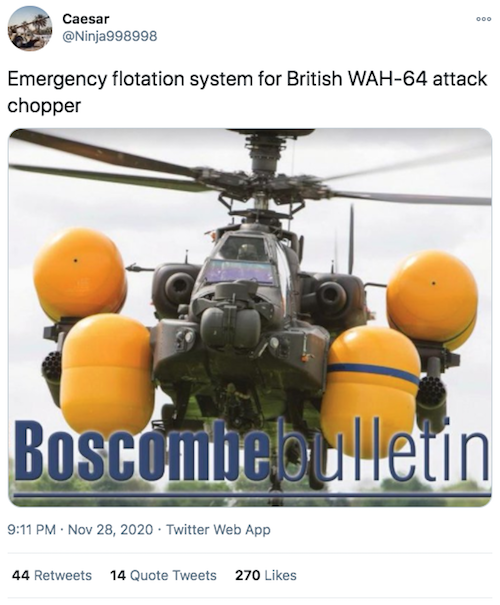 "Daddyshags" replied:  "Oh s*** they weaponized the minions again."  I thought that was a hoot - and yes, those flotation bags do bear a resemblance to the movie characters, don't they? 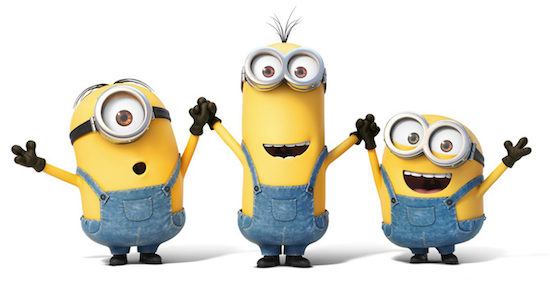 Another respondent had an even better comparison. 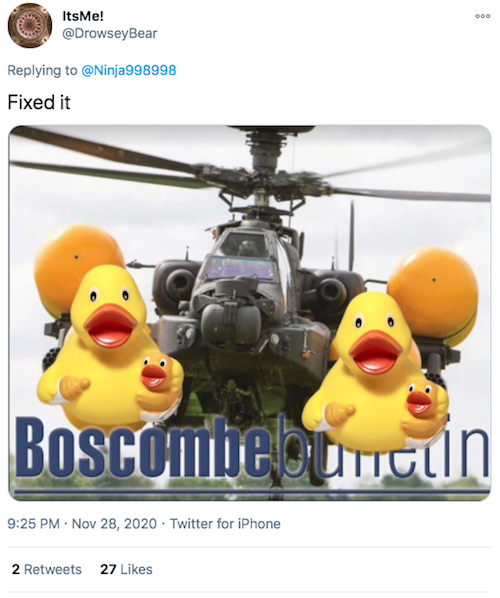 I think there's going to be a certain amount of gigglage over that among Apache pilots . . .

They look like giant yellow Kinder egg capsules to me.

Sure they look goofy, but it’s better than drowning?

They’re also not usually flown around in the “inflated” state, because, yeah, that would be kinda ruinous to the aerodynamics.

This article has a good photo of the “undeployed” look:

I suppose I have an engineer's mind. I don't care what it looks like if it WORKS. I can appreciate aesthetics as much as anyone, but it needs to be functional first.

🎶🎼 Rubber Ducky, you're the one

I sent this to my former Cobra and Apache pilot friend.
He replied, "Charlie don't surf!"

You make crashing so much fun!