I see AMVER is alive and well


I was pleased to read about a rescue at sea earlier this month, involving the US Coast Guard's AMVER network. The acronym stands for the Automated Mutual Assistance Vessel Rescue System, first established in 1958. It has a long and illustrious history, with many thousands of seafarers owing their lives to its existence. I have a somewhat paternal interest in it, as in my youth I worked at Cape Naval Radio in South Africa for a time (callsign ZSJ), receiving AMVER notifications from ships in the South Atlantic for onward transmission to the USCG. ZSJ was hosted at the South African Navy's Maritime Rescue Co-Ordination Center, located at its underground command headquarters near Silvermine in the Cape Peninsula (shown by a red dot on the map below). 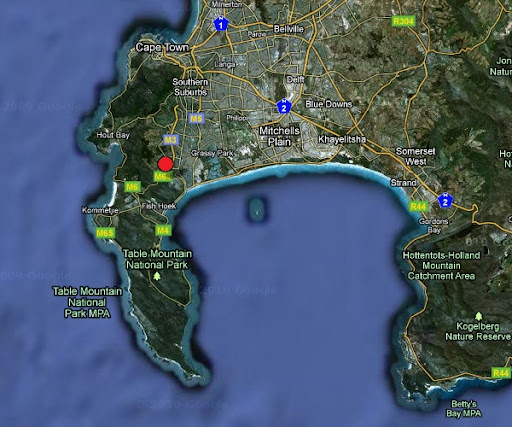 Throughout the years of international arms embargoes against, and military non-co-operation with, the South African government over its apartheid policies, international co-operation continued for anything connected with maritime safety and security. Politics didn't enter into it when lives were at stake. We had a roomful of teleprinter connections to every major capital, and Morse code messages from ships at sea were transcribed and Telexed out as they came in. (Just talking about Morse code and Telex dates me, doesn't it? I learned to touch-type on Telex machines, and I can still hammer out 100+ words per minute on a keyboard; and Morse code is still engraved in my memory. I even dream in Morse sometimes!)

In the latest rescue, two Canadian men were pulled from their life-raft after abandoning their yacht off the coast of Costa Rica. 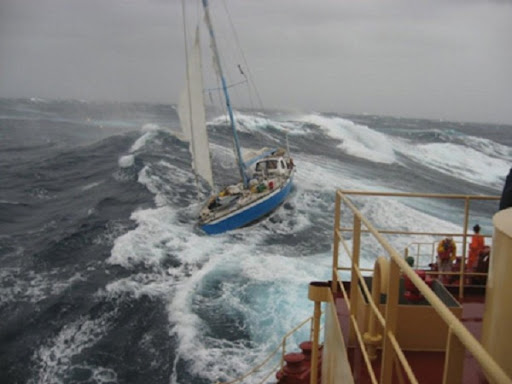 I bet they were glad the AMVER network is still operating! Today, of course, the Morse code of old has been largely replaced by voice and fax signals, EPIRB beacons, and other modern technology: but the old reliable network of mariners looking out for one another is still in place, and still useful. I guess as long as men go down to the sea in ships, they'll need AMVER, or something like it.

I'm kinda proud to have been a small part of AMVER, once upon a time. I saw enough of killing and destruction during my military service. It's good to have played a positive, constructive role as well, to offset the rest, even if only for a short while.

Very interesting ! I remember some Morse code to this day from my days as a Radioman. I also remember using a teletype a few times on board ship.

Very interesting! What is this Silvermine bunker all about? Occasionally, I was coming across its name on the web, but precious few details are divulged. Is it still active, and is it still considered to be secret?
Thank you in advance!