I daresay most of my firearms-owning readers have heard of the late, great (and I use that term advisedly) Jeff Cooper. 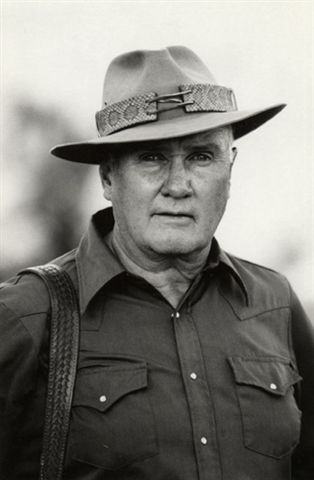 His accomplishments are legion, including (but not limited to) the following.


Col. Cooper died in 2006, beloved (and mourned) by thousands in the firearms community.  I had the privilege of attending a memorial service and shoot, held at the NRA's Whittington Center in New Mexico the following year.  It was very much a celebration of his life rather than mourning his passing, which is precisely what he'd have wanted, I'm sure.

His wife and children, along with several of his associates, have founded the Jeff Cooper Legacy Foundation.  They describe the Foundation's mission as follows:

To preserve, protect and defend the principle of self-reliance and the individual right of self-defense as espoused by Jeff Cooper.  The Foundation will provide scholarships for firearms training in the Cooper tradition as well as preserve his writings and his personal collections for posterity.


To raise funds for its operations, the Foundation has just issued a Jeff Cooper Commemorative Coin, in the 'challenge coin' tradition of many US military units and private organizations.  I think it's a fine idea, and I'll be buying a few for myself and friends.  If you, like me, value Col. Cooper's contribution to the art and science of firearms management and the control of the lethal threat environment, may I suggest that you could do a lot worse than buy one (or more) for yourself as well?

Col. Cooper's books are also still available through his daughter, Lindy Wisdom.  If you haven't read them, whether you're 'into' firearms or not, you're in for a treat.  He wrote in the classical tradition, erudite, passionate and convincing.  His memory will live on in his writings fully as much as in the pistol and other weapons techniques he developed and taught.  I believe his books are essential reading for anyone who espouses self-reliance, classical values and personal responsibility.  I can't recommend them too highly.

I'm honored to have met Col. Cooper on one occasion in South Africa, and corresponded with him on another.  Those who spent much longer with him are very fortunate people.  I wouldn't be alive today without his lessons and contribution to weapons management.  He was a very special gentleman.

I wrote Jeff Cooper in 2004 asking permission to print Lindy's poem "Grandpa's Lesson" on my blog. He faxed me permission, with his signature, and also asked me what a 'blog' was.

Unfortunately I lost that fax and a complete set of his books when my house burnt.

The man is a giant, whether you fully agree with everything he said or not.

Thanks for the memories!

Amen. One of my few regrets is never having gone to Gunbsite while he was still actively teaching there.

I never met him, but he impacted virtually all my firearms training through the years, especially in the military.