I didn't do an Around The Blogs feature last weekend, so here goes with two weeks' worth of entries.

Reason's Hit & Run blog points out that in ten years, the national debt has increased by ten trillion dollars, or over 145% from its starting point.  If that doesn't scare the hell out of you, economically and politically speaking, I don't know what will . . .  As the author notes:

At some point, you have to think that it's going to occur to people that the United States government seems neither willing nor able to stop borrowing, and to start paying the sum down, even a little bit.

Two bloggers seem to have come up with similar concepts over the past few days.  C. W. Swanson brings us 'The daily routines of famous scholars and artists', while The Art Of Manliness brings us 'Libraries Of Famous Men' (a so far incomplete collection).  Both were interesting articles.

Speaking of C. W. Swanson, he made me laugh out loud with two posts recently.  One concerned a US Marine with a serious lack of negotiating skills, while the other announced a historic record attempt.  He says he'd pay to watch it.  So would I!

Earthbound Misfit considers the conclusive evidence of the use of torture by US intelligence and other agencies, and asks 'Do we have the integrity to start criminal proceedings against our own torturers and enablers, or are we going to wait, like the Germans, until our resident war criminals are in their 90s? Or do like the Japanese, and pretend that it never happened?'  I entirely agree with her.  By any and every legal precedent you can think of, this was a war crime.  If we capture people who did this to our citizens and servicemen, we put them on trial (that is, if they survive that long in the first place).

Every single US politician, official, bureaucrat or operator who approved and/or ordered and/or carried out and/or covered up such torture needs to face prosecution.  No exceptions.  Either we are a nation of laws (laws which specifically and explicitly prohibit this sort of thing), or we're merely a slightly larger and richer version of Papa Doc's Haiti.

I know what I'd prefer us to be . . . but so far, given the absence of any official action against those concerned, I fear we're rapidly trending towards the other.

Speaking of official misconduct, Firehand has two articles that are cause for thought - and anger.  In the first he looks at the lack of accountability and punishment for law enforcement officers, officials and government bureaucrats who step out of line.  In the second, he examines the case of a New York man freed after 24 years in prison after being wrongfully convicted of a crime, due to the deliberate withholding of exculpatory evidence by prosecuting and law enforcement authorities.  He concludes:

Let's see, perjury, paying for fake testimony, hiding evidence, knowingly putting an innocent man in prison... f*** suing them, HANGING is too good for the bastards.


I can't argue with that.

The Lonely Libertarian tickled my funny-bone with two recent posts.  One is why a certain well-known blogger shouldn't text love messages.  The other is why an Eagle Scout still has a lot to learn about some things . . .

Dr. Brian Mattson has an intriguing explanation of the inspiration for Darren Aronofsky's new movie 'Noah'.  He points out the Kabbalistic and Gnostic influences on the director, which explain why and how the film differs from the Biblical, Sumerian and Akkadian mythological narratives.  I found it very interesting.  Recommended reading, particularly for Christians who don't know the origins of the Biblical story.

The New Rebellion University takes a look at a video hit-job titled 'The Five Worst Weapons Still In Use'.  I've seen all of those weapons in a combat zone - and let me tell you, I was delighted to have them on my side!  When the enemy used some of them against us, it wasn't nearly as much fun.  As the author points out, they may be politically incorrect, but they work.  He nominates five other 'Worst Weapons' preferred by progressives, that are far worse.  I'm inclined to agree with him.


Jay G. has an article about the diamond-shaped warning placards found on transport vehicles, advising what they're carrying and the dangers it poses in the event of a leak or an accident.  He links to some very useful information.

In less useful but very funny vein, he brings us a video clip of some of Darth Vader's most memorable sayings, read by the actor who voices Winnie the Pooh.  I never thought I'd hear the Dark Lord end a line with "Oh, bother!"  Star Wars will never seem the same again . . .

Warren Meyer fulminates against feel-good legislation that can and will achieve nothing whatsoever except to expand the scope of bureaucratic overreach and impose additional administrative burdens on already hard-pressed businesses.  As an example, he links to what California expects businesses to post for their employees.  It's a mind-bogglingly long list of bureaucratic inanity.

Cap'n Bob illustrates why scare headlines in the mainstream media aren't always something to worry about - particularly when the 'science' behind them isn't science at all, but the droppings from an overimaginative and underinformed journalistic hive-mind.

Borepatch brings us 'a good lesson for a lot of people'. 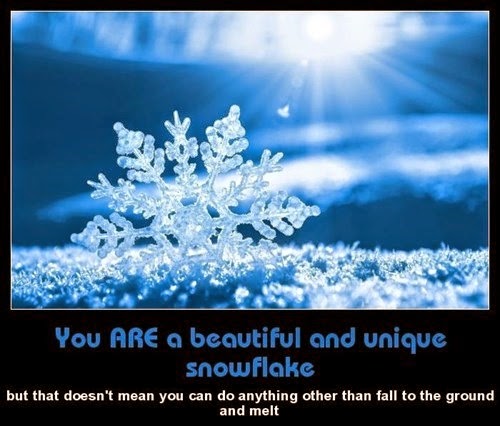 Exurban Kevin provides some interesting statistics to demonstrate that 'You’re not paranoid for wanting to own and carry a gun. You’re just better at math than most people.'  In another post, he makes the case for preparing an evacuation plan for your home in case of fire or any other emergency.  Both articles are worthwhile reading.

Sarah Hoyt looks at the problem of what we owe children:  'specifically, what is owed the children of people who have them solely to extort a living from the well meaning and caring in society'.  It's a thoughtful and thought-provoking discussion.

In a comment to her post, fellow author Casey Neumiller examines the problem of helping those who don't have the understanding or will to help themselves, using Haiti as an example.  It's an interesting corollary to and case study for the points Sarah makes.

CenTexTim has an interesting take on the war between the sexes.

Herschel Smith examines the multiple onslaughts on the middle class in America today by groups treating it as a host upon which they are parasites.  He concludes:

With multiplication of the parasites the host cannot survive, but that doesn’t stop the parasites ... Eventually the host becomes very sick and perishes ... That the parasites no longer have a host isn’t in the calculus.  Parasites have no conscience and do not plan ahead.  But we can and should plan ahead and see the current sickness for what it is.  It is an existential battle for life as we know it.  The parasites – the totalitarians and their allies – are among us, and the host has precious little time left.


Sobering words, but he makes a strong case.  Recommended reading.

The anonymous blogger at 'Arms Are The Mark Of A Free Man' brings us an interesting article examining the involvement of the medical profession in gun control efforts.  He points out that they mostly have as little expertise in the field of firearms as most of us have in the field of medicine.

Firehand (with tongue firmly in cheek) makes a similar point with a fun graphic, concluding that 'Children are much better suited to crew served weapons'.

Sean Linnane reminds us about 'The Greatest Raid of All', a British naval and commando assault on St. Nazaire dockyard in 1942.  He links to an hour-long documentary about the assault.  Highly recommended for all military history buffs.

American Mercenary analyzes the economics of coffee, particularly for preppers.  Amusing and interesting.

That's all for this two-week stretch.  I'll try to get back to the normal weekly schedule next weekend.

Seriously? No such thing!! Read a history book. We are a country, with a long history of torture, murder, rape, and massacres. To others, during peacetime, or war. Plus our own citizens, on a daily basis.

Heard of the "Trail of Tears",or the hundreds of atrocities against women and children of the native Americans over our 250 years of expansion in this country?

How about the abuses to the Japanese Americans, in thee internment camps, during World War 2.

Let's not forget using American soldiers has test subjects for radiation exposure in the 1950's.

Not to be outdone, the hundreds test subjects, injected with syphilis,by our federal government in the early 60's, then denied
treatment (or given placebos) to observe the course of the disease.

Simple google search will give you countless examples.

Please, wake up. This country never has been "a country of law", and never will ever be. It's all a con job.

Thanks for the link!

Thanks for the links. And the 148 traffic hits you sent my way. Wish I were getting paid for that. :(


While everyone agrees that "torture is bad, M'kay", we don't all agree on what torture is. The "war crimes" on misfit's site are not even crimes, let alone war crimes. Other than our own national policy to treat terrorists and Jihadis humanely, there is no international law that would preventing us from executing them on pay-per-view. They are unlawful combatants. Under international law, we can kill them for sport. Good thing we have a more humane law.

And I think we all recognize that all those things we used to do (trail of tears, Japanese internment, human experiments) are clearly no longer acceptable.