Combat UAV's are getting bigger


It's been interesting to watch the progression in size, both upwards and downwards, of unmanned aerial vehicles (UAV's, also known as 'drones') over the past couple of decades.  They've gone from small vehicle- or ship-launched units (e.g. the RQ-2 Pioneer) all the way down to hummingbird-sized models, with talk of insect-sized successors to come;  and from drones based on small private planes all the way to something with a wingspan greater than a Boeing 737 (the Northrop Grumman RQ-4 Global Hawk).

A recent test flight in France gave us the opportunity to see Dassault's nEUROn UAV flying in formation ahead of the same company's Rafale strike fighter and its Falcon 7X business jet.  Note how close in size the UAV is to the fighter aircraft (the former's wingspan is actually greater than the latter's, although its fuselage is shorter). 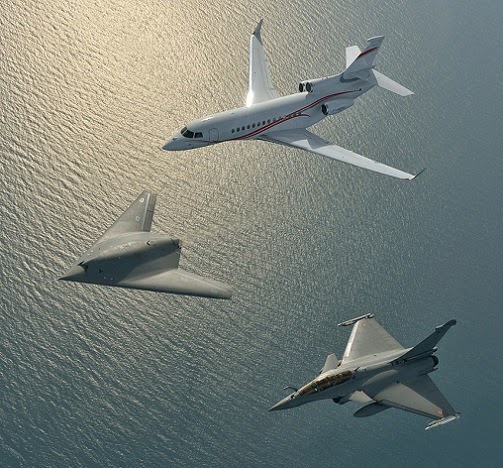 Courtesy of Aviation Week, here's a rather pleasing video of how they formed up and took the picture.  I suggest watching it in full-screen mode.

It can't be long before UAV's grow even bigger.  After all, the US X-47B is already considerably larger and heavier than the nEUROn, and its successors aren't likely to shrink!

How large is the Air Force's X-37B?
Wonder what it's work really is up there?

Fantastic. I just got lost in Wikipedia again reading up on all the relevant contemporaries.