The well-known bass/baritone singer, John Shirley-Quirk, died yesterday at the age of 83.  The Telegraph wrote of him:

If his voice was not the largest to grace the opera stage, his power of interpretation and his unique insight into the thoughts of the composer made him indispensable to the likes of Britten, who needed a dependable singer with the ability to turn his concepts into a credible stage performance.

Yet Shirley-Quirk could be modest to a fault about his own career. “Recitals have come of their own accord. So have oratorio performances,” he mused of his packed schedule. Indeed, generations of provincial concert-goers discovered their Christmas oratorios and Easter Masses through the intonation of Shirley-Quirk and colleagues such as Janet Baker, Heather Harper and Philip Langridge.

Wherever he went Shirley-Quirk was a distinctive, larger-than-life figure, who could hold an audience with the beauty of his intonation and clarity of tone. “A singer needs to be three-dimensional, not simply a walking voice,” was one of his favourite maxims, and one he invariably applied to himself.

He was never as well-known as the great 'stars' of opera, but I loved his performances, and treasure a few recordings of them in my library.  In particular, his performance in a 1960's recording of Handel's 'Messiah' has remained a perennial favorite of mine.  It was digitized and re-released on double CD in the 1990's, and I listen to it in full at least once every year.  If you don't have your own copy of 'Messiah', I highly recommend this version as both affordable and very approachable. 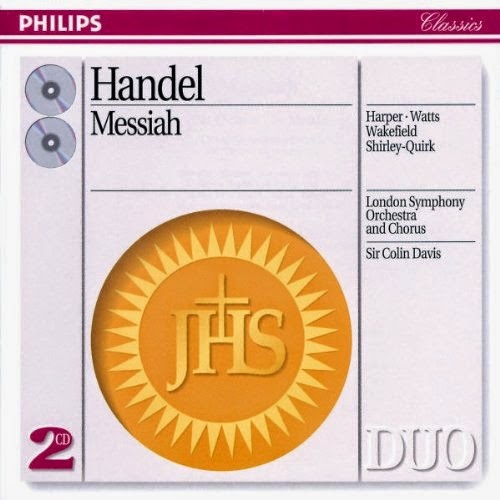 His beautiful singing voice was a part of my life for many years.  During the bad times in South Africa, it helped to keep me sane.  If you'd like to hear him for yourself, there are several video clips on YouTube featuring him.  Here's one:  the aria "Ich habe genug, ich habe den Heiland" ("I have enough, I have the Savior") by Johann Sebastian Bach.

Thanks for the music, Mr. Shirley-Quirk, and for the memories.  May you rest in peace.