Rare World War II photographs from the Soviet side


The New York Times has a very interesting article and photo gallery about the discovery of a Soviet photographer's prints and negatives from World War II.  The images reproduced below have been greatly reduced in size, to fit on this blog.

Earlier this year, Mr. Bondar heard that the family of a Soviet war photographer was selling his negatives. The photographer, Valery Faminsky, had worked for the Soviet Army and kept his negatives from Ukraine and Germany meticulously archived until his death in 2011. Mr. Bondar had seen many books and several exhibits of World War II photography but had never heard of Mr. Faminsky. 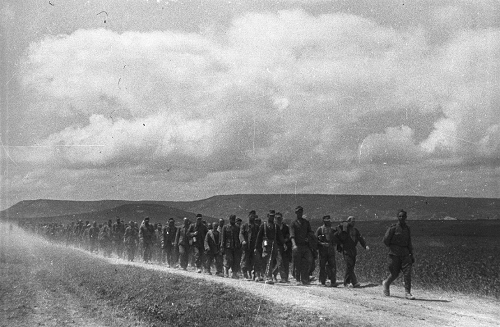 Most of the best-known Soviet images from the war were used as propaganda, to glorify the victories of the Red Army. Often they were staged. Mr. Faminsky’s images are for the most part unvarnished and do not glorify war, Mr. Bondar, 33, said, but focused on the human cost and “the real life of ordinary soldiers and people.” 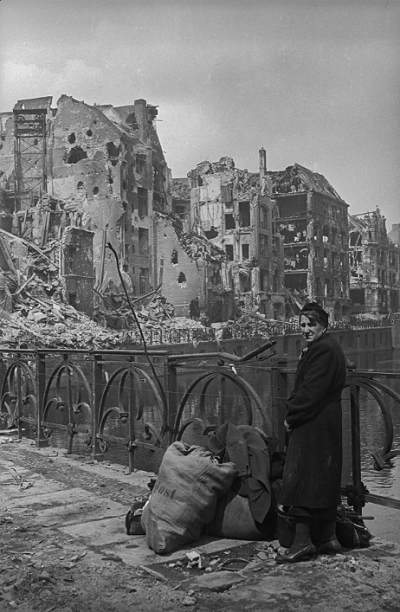 Bridge over the Spree River, Berlin, 1945

Mr. Faminsky’s family had a two-page autobiography that he dictated shortly before he died. He said that he was born in Moscow in 1914 and that his parents both served in the Red Army from 1918 until the end of the civil war. He started photographing and working in a darkroom as a teenager, joined the army in 1941 and photographed for the Soviet secret police in the city of Kemerovo. 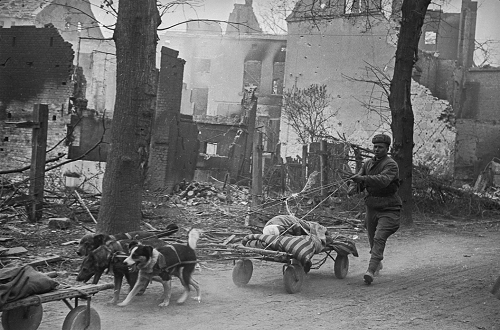 In May 1945, he photographed the Red Army’s final assault on Berlin and sent prints to the Military Medical Museum of the Red Army. But he meticulously organized and kept the negatives, rarely sharing them with anyone.


There's more at the article, and many more images in the gallery.

It's a fascinating collection of pictures, and, as noted, shows almost exclusively the human side of war, and its cost.  The pictures of soldiers, civilians and passersby are extremely poignant - a soldier playing an abandoned piano by the side of the road, a burly, uniformed male nurse trying to thread his way through stretchers filled with wounded soldiers being treated in the most primitive, rough-and-ready circumstances imaginable, and much more.

I highly recommend taking the time to read the article and view all the photographs.  This is a side of war that's rarely seen by civilians, and I think the New York Times has rendered a public service by publishing them.