Regular readers will know that I've been a lifelong fan of the music of Jethro Tull and its leader, Ian Anderson.  He's far more than just a rock or pop musician.  He's composed in genres ranging from pop, to disco, to folk, to hard rock, and any number of combinations thereof.  He's also transcribed many of his compositions for orchestra (and a number of classical orchestral works into rock songs, too!).

I thought you might be interested to see how his orchestral adaptations have worked.  Here's just one example from 'The Orchestral Jethro Tull', which is one of my favorite Tull/Anderson albums. 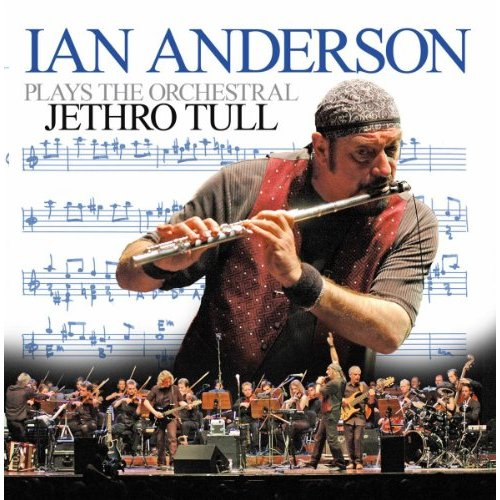 I find it a whimsical, light-hearted and interesting variation on the original rock version.  You might like to check out the other orchestral renditions on the album (you can listen to samples at the link, and if you subscribe to the Amazon Unlimited music streaming service, the full album's available there at no additional charge).

I believe he was Christ in the original Jesus Christ Superstar album.

No, that was Ian Gillan.

Very interesting comparison of the two. He IS an amazing artist!

Thanks Peter. Wouldn't be for this band I would never met my future wife,40 years ago!

He's also a cat person, and over the years I've seen at least two pages about cats he's had on the web.

@SiGraybeard: Yes, he is. His solo album "Rupi's Dance" contains at least two songs about his cats, including the title track.

I actually prefer the original. Too much instrumentation weighs it down.

I like the original Aqualung better, but the orchestral version of Locomotive Breath sounds better to me.