Heartfelt congratulations to the crew of the Talisker Bounty Boat, who yesterday completed their re-enactment of William Bligh's famous 4,000-mile journey in an open boat, from near Tonga to Kupang in West Timor, after the notorious 'Mutiny on the Bounty' in 1789. The Sydney Morning Herald reports:

Four adventurers have landed in Indonesia at the end of a harrowing 47-day re-enactment of Lieutenant William Bligh's epic sea voyage after the mutiny on the HMS Bounty.

With no maps or navigational equipment, no torches [flashlights] or toilet paper, and little more than biscuits, water and rum to sustain them, the crew reached their destination just hours after Bligh had done 221 years before. 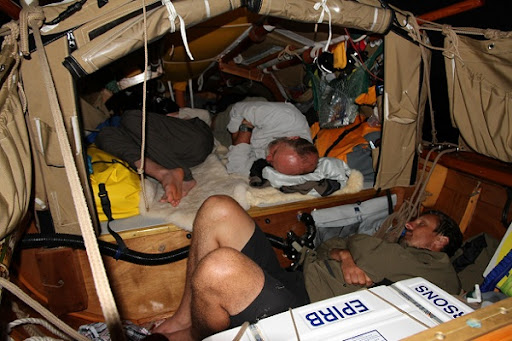 They capsized four times and survived close encounters with hidden reefs during their 6500-kilometre journey in a replica 18th-century whaling boat, which began at the site of the mutiny near Tonga.

"The reception has been quite mind-blowing. There was food waiting for us as soon as we stepped off the boat. We were starved of company for three months so this has been great," McIntyre told AFP after making landfall. 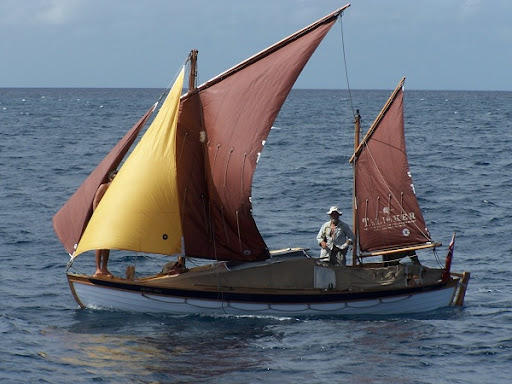 "I just had two hamburgers and a whole plate of chips and I think I'm a bit hyperactive. After a month of ship's biscuits it was pretty good."

Their vessel, the 7.62-metre [25-foot] Talisker Bounty Boat, carried equivalent supplies of food and drink as Bligh and his loyalists had when they were cast adrift from The Bounty.

There's more at the link, and more details at the expedition's Web site. Here's a video made by the crew before their departure.

An epic re-creation of an historic voyage, to be sure . . . but even in the name of authenticity, I'm not sure I'd have been willing to forgo something so basic as toilet paper for so long!

And they survived it too! Very interesting video, and I wonder if they will ever talk to each other again?