Today's award goes to the counter-terrorist gendarmerie unit on the French island of Réunion in the Indian Ocean. According to Flight Global's Airline Business blog:

Police on the French overseas territory of Réunion have managed to bring a counter-hijacking exercise to a truly Clouseau-esque conclusion by, er, accidentally shooting the aeroplane.

Not an inexpensive aeroplane, either, but one of Air Austral's brand-new Boeing 777-300ERs, identified in this local report as F-ONOU (and doesn't that seem oddly appropriate?) 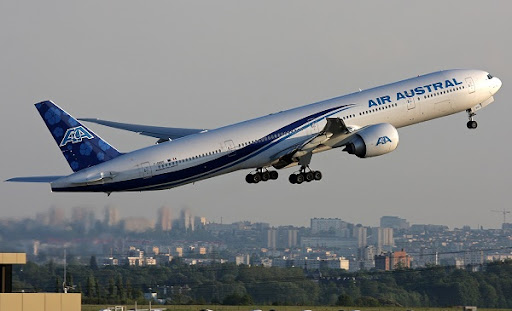 ... the story goes that the GPIOM gendarmerie was conducting a hostage-rescue training session yesterday which normally involves using blank ammunition.

For reasons which have yet to be explained, however, one of the weapons was carrying at least one bullet of 'the exploding kind' and, as a result, the aircraft is out of service with a window of the broken kind.

If they hit a window - pricey, but a matter of fasteners and sealant - then they ought to be awfully damned glad they didn't hit a wire bundle or worse some piece of structure. That aircraft will sit til it is fixed, and a window might be a day; anything else could run far longer.

IIRC about 18-24 months ago there was a demonstration of an anti hijacking raid by the French special forces, as part of an airfield open day. It ended in tragedy when one of the soldiers fired a full magazine of live ammunition into a crowd, thinking they were blanks.

A second similar occurrence suggests that people need to be fired in that organization.

Forget bundles of wire and structure, they should be thankful they didn't hit bundles of organs and bones.

At close range the damage could have been done by a blank--hot gases have a lot of force.