Fun at the Farnborough Airshow


One of the aircraft performing flight displays at the Farnborough Airshow in England this month is the Yakovlev Yak-130 advanced trainer, shown below (image courtesy of Wikipedia). 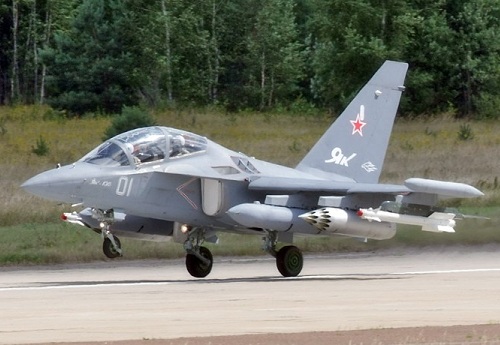 Yakovlev vice-president Konstantin Popovich said that on the first day of the show, air traffic control initially refused to allow the Yak-130 to take off, because its air intakes were closed.  ATC thought this indicated a problem with the aircraft. 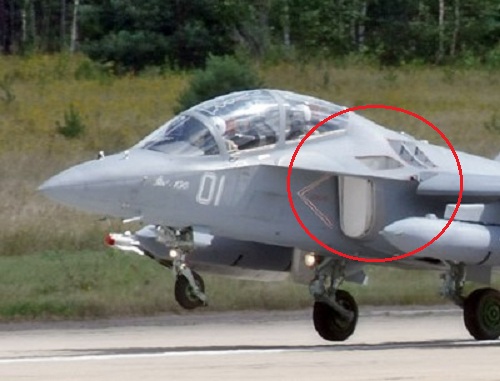 As you can see from the photograph above, in the case of the Yak-130, "that's not a bug - that's a feature!".  It's designed to operate from poor-quality airfields if necessary, so the air intakes (circled in red) are masked by retractable covers during taxiing and take-off, to avoid ingesting debris into the twin jet engines.  They draw air instead from a series of vents that open above the air intakes (also visible in the red circle in the photograph above).  When the jet is safely off the ground, the 'normal' air intakes open and the upper ones close, restoring the aircraft's appearance to something less puzzling to uninformed observers.

It certainly looks odd, doesn't it?  One can hardly blame the poor air traffic controller for thinking something was wrong . . .


EDITED TO ADD:  I found this video of the Yak-130's flying demonstration at Farnborough two days ago.  Enjoy!

I watched this video on another site and was surprised to see the intake covers, but when I saw the aircraft leave the ground and they flipped open I figured they were designed to do that.

If those intakes were the only source of air the engines would never start let alone reach "rotate" speed.

Funny, but before I started reading the post, I saw the picture and my first thought was: "Whoa, the air intakes are covered!"

Trainer my ass... More like a small CAS acft capable of rough field ops! And the intake covers must be tied to the weight on wheels switch!

This is not the first Russian jet-powered to have this feature if I remember correctly.

@Anonymous at 10:53 AM: Yes, you're right. The MiG-29 fighter-bomber also has blanking plates for its air intakes, with auxiliary air intakes above them, for use on rough fields. You can see both in this photograph:

Judging by the ingestion problems of certain western aircraft our designers should have paid more attention to the Mig-29...
Geoff
Who notes FOD can wreak anything from a C-172 to the latest whiz-bang billion dollar boondoggle.

That is dirty jet. Are they using our $26/gal fuel?

What NFO said. faster than an A-10, but seems fairly nimble. next question is what's the weapon load-out, and loiter time over target.

In 1994 I was a junior RAF officer waiting for a C-130 conversion slot and was given a temporary assignment to the Farnborough Airshow Safety Committee. During the week preceeding the show the Russian Su-30 (multi-role version of Su-27) was ordered to cut short his display and the pilot landed long on the short wet runway. He went off the end at about 30kts, the nose visibly dipping as the nosewheel bogged down in the wet grass, and two huge plumes of brown tainted exhaust blooming from the jet pipes. The plane ran about 50 yds beyond the concrete, ploughing a deep center furrow and two shallower ones with the mains.
The interesting part was the intake screens - not complete blanking plates, but a fairly substantial grille with about 1cm spacing which was completely choked with grass, mud, sod and stones. These grilles were usually stowed in flight and popped down into the intake with selection of gear down and below max power selected. There were auxilliary air doors on top of the leading edge extensions.
Amazingly, after it was towed out, the ground crew said they'd just hose out the engines and it would fly the next day. It did; the screens limited the size of the debris so the engine damage was minimal - the Su-2730 engines were not necessarily tough, but had a very short MTBO so were throwaways. The pilot was sent home and the plane only did one display on press day before being grounded for a hydraulic leak in the nose gear....