Aviation-minded readers will recall that prior to World War II, most aircraft were constructed from wood or metal frames and ribs, covered with fabric.  Even some of the better-known combat aircraft of World War II, such as the Hawker Hurricane fighter and the Vickers Wellington bomber, used this construction technique. 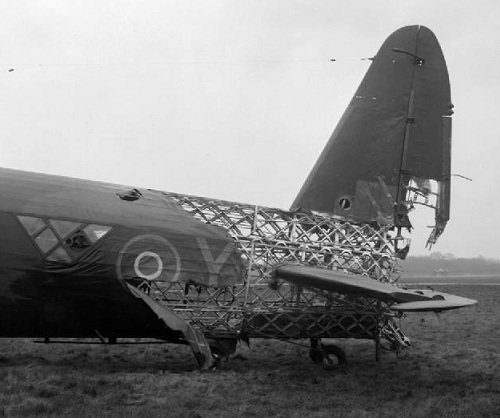 Indeed, it sometimes gave such aircraft an unexpected advantage in combat - German cannon shells, designed to explode on impact with the metal skin of an aircraft, would sometimes pass right through the fuselage or wings of such planes without exploding, provided they didn't hit a rib or frame beneath the outer fabric coating.

Of course, metal-skinned aircraft came to dominate, because fabric-skinned planes couldn't fly at the high speeds and g-loadings required for modern combat, much less withstand pressurization at high altitudes.  Fabric-covered fuselages and wings therefore faded from the military and commercial aviation 'scene', although they remained (and are still) popular among light aircraft owners and builders.  Several companies offer modern synthetic cloth for this purpose, replacing the older 'Irish linen' material and its equivalents used in times past.

However, news from Sikorsky makes me wonder whether fabric coverings for at least some combat aircraft may be making a comeback in a new, high-tech form.  Aviation Week reports:

When Sikorsky launched its online Entrepreneurial Challenge to identify small innovative firms it could help incubate, I was intrigued. Now they have announced the first winner ...

Pankl Aerospace Innovations is a company established by Austrian automotive and aerospace manufacturer Pankl Racing Systems, a supplier of transmission components to Sikorsky through its California-based Pankl Aerospace business.

Pankl is working on several rotary-wing technologies it has packaged together in a concept called HERO, for Helicopter Equipped with Reconnaissance and Onslaught (sic). The concept combines new materials, drive train and cockpit philosophy.


There's more at the link.  Here's a diagram of Pankl's concept. 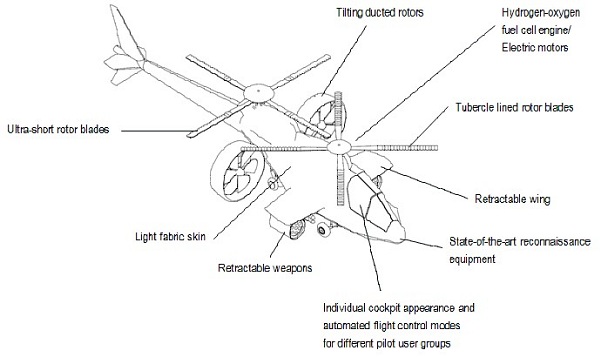 Note that their proposed combat helicopter uses a 'light fabric skin'.  Shades of combat aircraft from times past!  I'll be intrigued to see if this ever flies.  I'm not sure the USAF or other services even have personnel any longer who know how to apply and/or repair fabric coverings for aircraft!  Wouldn't it be fun if they had to approach the Experimental Aircraft Association to find people with that skill set to maintain their aircraft?

I wonder if the fabric skin also reduces its radar signature?

Shouldn't need to talk to the EAA, any trained (civilian) aircraft mechanic should know how to handle dope&fabric. It was on the mechanic's test 15 years ago, and they haven't changed the requirements since!

I don't think this would reduce the radar cross section, but it would make the helicopter a lot less vulnerable to damage by making the skin not take any structural loads.

The fabric is easily repaired. A better question is going to be that when this prototype is ready to fly is there going to be any pilots left in the USAF. Drones are taking over.

To acquire an A&P (air frame and power plant) rating, one must acquire the knowledge to maintain and repair fabric covering for aircraft. It's one reason why it is difficult for a military trained aircraft maintainer to acquire the rating.