I've missed a couple of weeks of 'Around The Blogs' posts, first due to my outrage at this incident, then thanks to last-minute preparations for the launch of my latest novel.  As a result I have close to three weeks' worth of goodies from the blogosphere bookmarked for attention.  I'll put up about half of them tonight, and follow with the rest tomorrow.

Let's start with a giggle.  Joel examined President Obama's frustration that Americans stubbornly refuse to accept tighter restrictions on firearms, and included this poster.  It made me laugh. 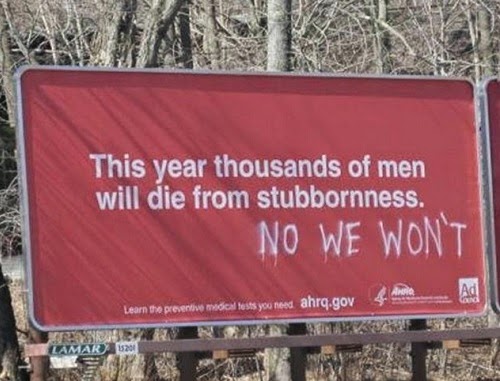 Joel also advises his daughter what to expect during surgery, based on his own experience. I daresay she refused to go through with it after reading that!

Old NFO points out that official crime statistics don't even begin to match up with the statistics proferred by gun-grabbers in support of their position.  I'm not surprised.  Facts have never been part of their arsenal.  Lies and outright propaganda, on the other hand . . .

Mr. Garabaldi informs us of a historic C-130A Hercules (the first model built) that's currently on display in Arkansas.  While serving with the Vietnamese Air Force during the evacuation prior to the conquest of South Vietnam by North Vietnam, it carried a world record 452 passengers during one flight.  Personally, having flown many thousands of miles in a C-130B model, I wouldn't have believed it possible to fit half that many people on board, but desperation is a good motivator . . .

Tam points out that the regular diagnostic target is fine for one-handed shooting, but has limitations when it comes to two-handed bangity.  Instead, she offers her own updated version - which made me giggle.

Clayton Cramer informs us that Alan Gura, the celebrated gun rights attorney who helped win the landmark Heller and McDonald cases, now has his own blog.  Recommended reading for those interested in Second Amendment issues, particularly legal ones.

There's lots of humor to be found.  Among today's roundup of offerings:

Earthbound Misfit reminds us of a 120-year-old book that's still emotionally difficult to read today.  Having lived in parts of the Deep South where local attitudes still reflect that not-so-bygone era, I can understand her discomfort.

The Economic Collapse Blog points out that the derivatives market has grown to the unimaginable figure of at least 710 trillion dollars - some put it at over a quadrillion (one billion billion) dollars.  When you consider that the entire global gross domestic product of all nations combined stood at only $63 trillion in 2010, this illustrates as nothing else can the madness in our financial markets.  It's nothing but a gigantic shell game, a global Ponzi scheme.  Sooner or later the reckoning will come due . . . and all of us will suffer for the machinations and greed of a few.

XBradTC links to a Team Rubicon article about 10 leadership habits developed in uniform.  They sound remarkably like those drummed into me when I was trained in the South African Defense Force, way back when.  It's a useful reminder to those of us who've 'been there and done that', and a valuable insight into military leadership thought processes for those who haven't.

He also brings us a story of a mother who converted her son's uniforms into stuffed toys after he was killed in action, and now does the same for other families who've lost loved ones in military service.  It's a heart-warming tale.

Sultan Knish points out that guns didn't kill Elliot Rodger's victims except as the incidental instruments of the crime.  He killed them.  The refusal of his family and the liberal/progressive Left to acknowledge this reality makes a mockery of their alleged sincerity and search for the truth about what happened.

Finally, Mr. B. finds that he wasn't as prepared as he thought he was for an emergency.  His experience is a useful cautionary tale for all who want to be able to ride out any sort of storm.

That's all for tonight.  There'll be another batch tomorrow.

Quite the list there Peter, that's a couple of hours worth of time sink good ness! :-)

Similar story during WWII regarding the C-47. I think it was in Ernest K Gann's autobiography, but my copy never came back, so I can't confirm. Refugees were being loaded beyond the normal door closing point, so he wasn't aware of the numbers. IIRC, he counted 97 souls when they unloaded at the destination.

To be honest, I don't have a life.

Oodles of hits from this. Thanks!