In desperate efforts to gain ground on battlefields, frustrated governments in the Mideast and Africa are using barrel bombs against their enemies — launching the cheap, quickly manufactured weapons as a crude counter to roadside blasts and suicide explosions that insurgents have deployed with deadly success for years.

New evidence that they are being used in Iraq after being dropped on civilian populations in Syria and Sudan has raised concerns that governments in a number of unstable nations will embrace them.

"Barrel bomb" is a catchall term for a large container packed with fuel, chemicals or explosives and often scraps of metal that, in recent years, have most often been dropped on targets from helicopters or planes overhead. However, they also have been found on Israeli beaches, where authorities believe they washed up after militants on the Gaza Strip released them.

They are attractive to governments that have the aircraft to bombard targets from the skies but limited munitions or money to launch enough conventional weapons, like missiles, to rival their enemies.

Sudan's army began dropping barrel bombs into rebel areas starting in late 2011, according to human rights watchdogs, as the nation's south split off and created a new country. In December 2012, Susan Rice, then U.S. ambassador to the United Nations, said she was "gravely concerned" about the reported attacks.

In Syria, forces controlled by President Bashar Assad began in 2012 an ongoing barrel bomb campaign against areas controlled by rebels and insurgents, killing thousands in his effort to reclaim power in the three-year civil war that has left more than 160,000 people dead. As recently as Wednesday, the State Department reported evidence of barrel bomb strikes on three neighborhoods in the divided northern city of Aleppo.

Last month, new evidence that Iraq's army dropped between four and 10 barrel bombs on insurgent strongholds in the country's Sunni-dominated Anbar province, which borders Syria, spurred U.S. officials to warn Baghdad to immediately desist or risk American support and aid. Four government officials in Washington and Baghdad said the attacks stopped within days of the U.S. demand. The government officials, all of whom are familiar with the mid-May conversations with Iraqi Prime Minister Nouri al-Maliki, spoke on condition of anonymity because they were not authorized to discuss the talks by name.

But several Iraqis interviewed this week in Fallujah told The Associated Press the bombings have continued. They said the attacks usually come at night, so they aren't caught on video.

Here's video footage of a Syrian helicopter dropping a barrel bomb on a town in that country.  If you wish, you can also watch a much longer compilation of barrel bomb footage from that country's civil war.

Of course, barrel bombs are nothing new.  My father told me of one that was used in the early days of World War II, about which I wrote in Weekend Wings #4.  Here's the relevant section, with some new photographs of the aircraft type involved, the Vickers Valentia transport.

A [South African Air Force] Valentia carried out what was perhaps the most madcap bombing raid of World War II. The aircraft had landed at a Kenyan forward base in 1940 to deliver supplies. 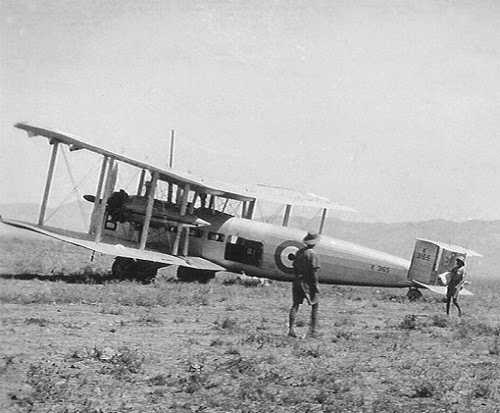 Over supper that night (probably including a fair amount of the local beer) the airmen were told of an Italian fort at Namoroputh in Somalia which was 'simply waiting to be bombed'. Nothing loth, the intrepid airmen concocted their own 'bomb', consisting of a 40-gallon drum containing '386 sticks of dynamite, parts of a sewing machine, a motorcar differential and two packets of incendiary bullets', according to a contemporary report. Lacking an impact detonator they wired it up to a length of slow-burning mining fuse. 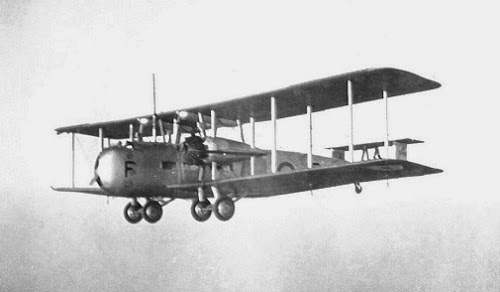 Next morning the aviators (by now doubtless nursing severe hangovers) loaded their bomb into their slow, lumbering transport (its maximum speed - in a dive - was about 120 mph!) and took off. As they approached the fort they lit the fuse and tried to throw the bomb out of the door of their transport. To their horror it stuck fast in the doorway, leading to much pushing and shoving - and language that probably turned the sky a considerably deeper shade of blue than usual! Eventually they managed to heave the bomb out. 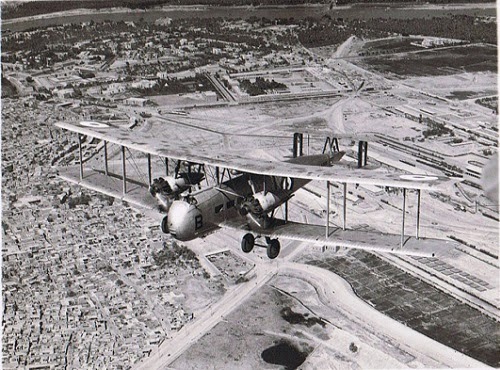 It scored a direct hit on the fort, which disappeared in a cloud of smoke. The airmen returned to their base to a right royal roasting from their superiors (whose permission for the strike they had neglected to obtain) and three rousing cheers (and many more beers!) from their squadron-mates. (I learned about this 'raid' from my father, who served in the RAF during the Abyssinian Campaign. He has lots of interesting stories like this one, which was later reported in Time magazine, minus some of the more interesting details!)


I'm sorry to see that such primitive weapons are being deployed so indiscriminately . . . but man's inhumanity to man is nothing new.

Not everyone can afford precision guided, aerial delivered munitions.

Moreover, not everyone can afford aerial delivered munitions - hence the development of IED's and their delivery tactics.

From the looks of the above video and others that I have seen, you get a pretty big bang for your buck.

Of course, the collateral damage from them is probably pretty severe, though that is likely not much of an issue for those that chose to use them. War is hell.

Why should poorer countries be excluded from aerial delivery methods simply because they cannot afford precision guided ordinance?

A barrel bomb was used by the Philadelphia PD about 30 or so years ago.

First, Comrade Misfit gets my congratulations. Now let's MOVE on.

I fail to understand the manufactured (not by Peter) outrage over barrel bombs. Why is it worse to be blown up by a homemade bomb rather than one made by shift workers enjoying vacations and benefits at the government-contracted bomb factory?