Almost 43 years ago, progressive rock legend Mike Oldfield released "Ommadawn", his third album.  It combined acoustic and electronic musical instruments in a magical symphonic composition that was heavily influenced by Celtic roots.  It was a smash hit, despite its length, unfamiliar to many rock fans of the period. 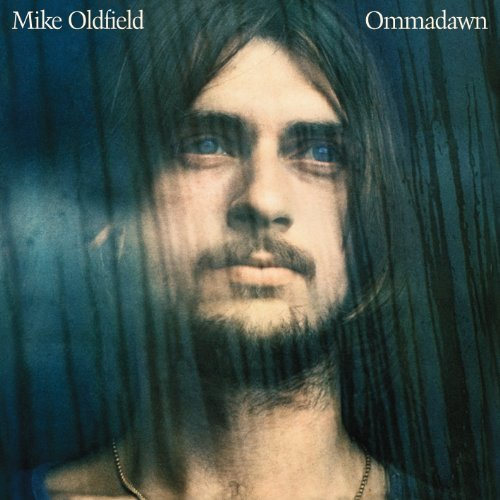 Here's how this incredible musician's career began, covering the period of his first three albums, "Tubular Bells", "Hergest Ridge" and "Ommadawn".  A young Richard Branson, founder of Virgin Records, recalls how things got started.  His career in business was to be as meteoric as Oldfield's was in music.  In a sense, they both helped each other get started up the ladder to stardom in their respective fields.

"Ommadawn" broke new ground in many ways.  An extended technical review of the album noted:

What is most remarkable ... is the way in which the intensity of feeling never overwhelms the quality of the music. One can appreciate the mood of the composer throughout the album but this never detracts from the attention to detail and shows a great deal of restraint contrary to how Oldfield was feeling at the time. The balance between emotion and control is always handled with a great deal of care. It is only at the end of part one that he allows his music to rise up and reach maximum peaks of intensity and this electric guitar solo contains passages of incredible power and intensity.

The success of ‘Ommadawn’ as a piece of music can certainly be attributed to the subtlety and variety of its instrumentation. The texture is employed structurally to emphasise certain emotions and helps to accentuate features within the music ... One senses that the instruments used belong instinctively to the music and have not been added as a mere effect or novelty. It is fair to say that with an instrumental line up of such range and diversity that we are dealing with music that is orchestral in proportions. The overall musical effect is rich, varied and kaleidoscopic in sound.

... the structural plan for ‘Ommadawn’ part one resembles sonata form ... The development of the material takes the form of five variations which moves through many different moods and instrumentations.

I believe that the first four albums by Mike Oldfield (Tubular Bells, Hergest Ridge, Ommadawn, Incantations) all show a great deal of craftsmanship whilst retaining an essentially accessible language. They should be appreciated as more than popular music or entertainment ... Particularly in ‘Ommadawn‘, I hope to have enlightened readers on an album that crosses many cultural and musical boundaries, expressing deep emotions and displaying great sensitivity to instrumental colour and all written by a single person without any formal classical training.


There's much more at the link, albeit a bit impenetrable if you don't have formal music training.

Last year, Oldfield released "Return to Ommadawn", a completely new album inspired by the original, but recomposed and greatly enhanced by the growth in his abilities conferred by more than four decades of musical development since its release.  IMHO, it's an astonishing musical achievement.  Like the first, if one simply hears it casually, in passing, one misses so much of its impact that it becomes banal;  but if one really listens to it, paying attention to it in the same way as a classical music sonata or symphony, it imparts a whole new level of musical satisfaction.  I think it stands alone, as well as being a worthy successor to its predecessor. 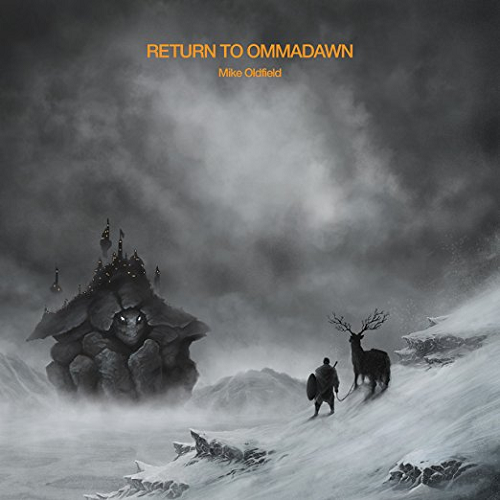 The new album met rave reviews from fans.  Here's one particularly over-the-top review that made me smile - but I agree, it's a great album.

I imagine that the opening Celtic sequence of “Return to Ommadawn” is the call that Mike Oldfield heard inside him from that special place; it sounds like a magical land beckoning me, us, to visit it again, it’s a call that can’t be ignored and I imagine Mike heard it and felt it and that’s when he decided to write this album. The flute silences everything else around it and opens the musical portal to perfection. This Celtic longing that opens and closes the first part of the album is something out of this world. The caress of the music I can only compare with the feeling of warmth and home I get when I touch my loved one’s skin; it’s a mix of comfort, love and desire never to leave that place. It’s the scent and touch you love and recognize as yours, it’s your rock. It’s something primal and beautiful that you feel without thinking ; it’s home.

It’s incredible to me that 40 years have passed and that this genius artist hasn’t lost the ability to channel these emotions into music. For me his first few years of lonely creation, the TB / Hergest Ridge / Ommadawn / Incantations period is simply perfect and unrepeatable and the best string of compositions ever to come from a single artist.

And yet now as my emotions become a simple vessel for “Return to Ommadawn” to flow and fill I recapture the moments when I first heard his music. There is no better form of time travel or reconnecting with one’s self than music and if I feel this way listening to it I imagine how Mike must have felt writing it. How can one man create such a soundscape that I can barely dream of? It’s just one man, his inspiration, his craft and his instruments and I can barely grasp how something like this can come out from just…someone expressing his emotions through music, so clearly, so intensely and so beautifully. As the music develops and plays with me and for me I feel I can touch immortality. Mike Oldfield has achieved it through his music and this is something that will never end.

Here are two sampler excerpts from "Return to Ommadawn".  The full album isn't available on YouTube, but it repays the investment to buy it, IMHO.

Thank you for these Sunday morning forays into music I generally haven't heard before.

Hm... IIRC, Oldfield's contract with Virgin was a mess. I don't think both got the same result out of the early Virgin days.

I am glad to hear that this album exists. Off to Amazon.

Greatest musical regret in my life is losing an original import of Platinum, the one with the proper "Sally I'm just a Gorilla" track on it, and not the substitution that was edited in with an axe.